Winter Session is being seen as the last full session of Parliament before the Lok Sabha elections scheduled to be held in May next year. 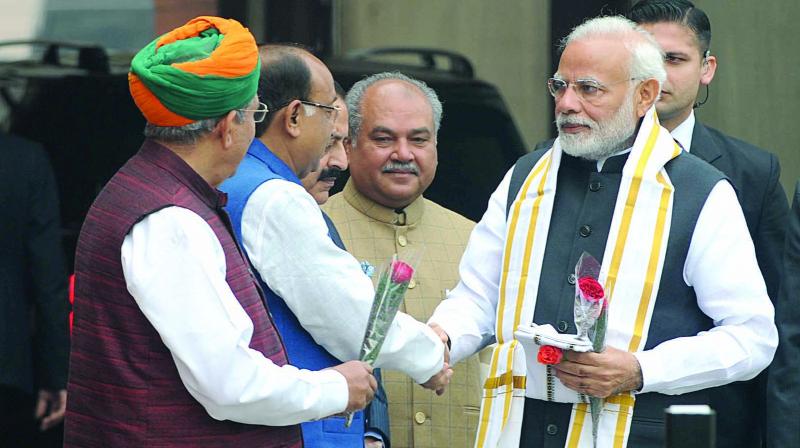 New Delhi: On the first day of Parliament’s Winter Session, Prime Minister Narendra Modi on Tuesday urged all political parties to make maximum use of the current session for public interest rather than political benefits.

Winter Session is being seen as the last full session of Parliament before the Lok Sabha elections scheduled to be held in May next year.

While addressing the media outside Parliament on the Winter Session’s first day, the PM stressed that hte government was willing to discuss all issues on the floor of the both Houses of Parliament.

The PM reiterated that there should be an open discussion on all issues. There should be a debate, there should be a sharp debate. But at least there should be one,’’ he added. While referring to the Lok Sabha elections scheduled for next year, the PM said he was confident that all political parties who have to face the electoral test in May next year while keeping in mind the people, will utilise the session for public interest and not political interest.

Mr Modi also stressed  the point that the current  session was important and everyone should participate in discussion. The Winter Session of Parliament starts Tuesday and will end on January 8.

“It will be our request that the Houses sit for a longer duration. All important issues reach their logical conclusion,” Mr Modi further added while indicating that bills and discussions should not get carried over to the next session.