Results of only 138 Assembly constituencies were out when Congress hand delivered the letter to the Raj Bhavan late in the evening. 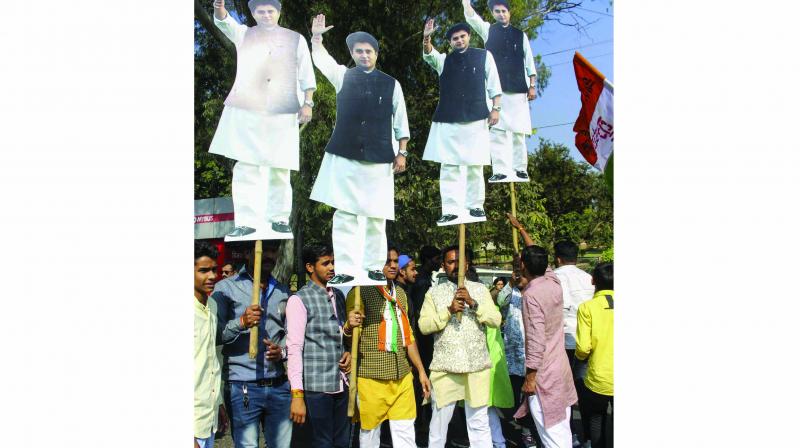 Results of only 138 Assembly constituencies were out when Congress hand delivered the letter to the Raj Bhavan late in the evening.

Congress was however leading in 114 seats while BJP was ahead in 109 seats as the last reports poured in the state election office here.

The move was taken to avoid a situation like Goa fiasco in which Congress was robbed of the opportunity to form government in that state due to delay in staking claim, a senior Congress leader told  this newspaper.

The BJP had formed government in Goa despite not being the single largest party there due to this.

In a letter delivered to the Raj Bhavan here late in the evening, Madhya Pradesh Congress chief Kamal Nath said, “The Congress has emerged the single largest party with majority support. All the independents have in addition assured support to the Congress party. As president of Pradesh Congress Committee, I seek an appointment with your Excellency late tonight as soon as the results are officially declared along with my senior leaders to apprise you and seek your permission to form government in state of Madhya Pradesh. I would be grateful for an early response to this communication”, the letter delivered to the Raj Bhavan said.

Interestingly, BJP has begun efforts to must the majority by roping in independent candidates.

The development has signaled to an ensuing tussle between the rival parties to form the government in the state.