Former chief minister’s decision to quit the Cong will work in its favour. 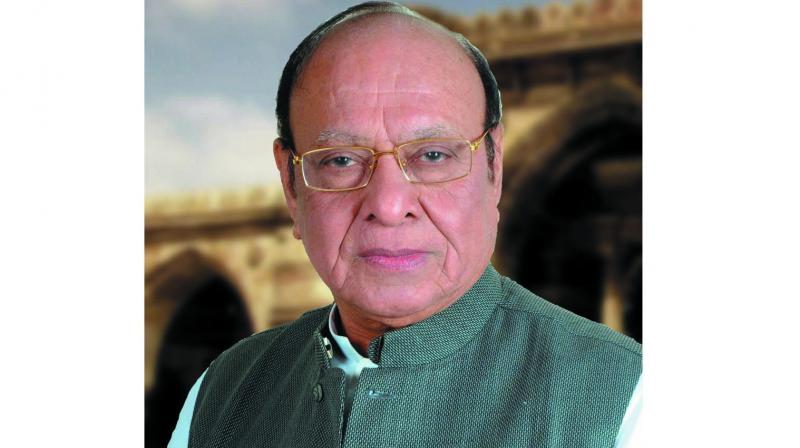 Panchmahal/Kheda/Chhota Udaipur: The BJP hopes to improve its tally in central Gujarat in the ongoing Assembly election, convinced that former chief minister Shankarsinh Vaghela’s decision to quit the Congress will work in its favour.

Party leaders here said they were also banking on candidates who had switched over from the Congress to the BJP and a consolidation against the Patidar agitation in the region, often referred to as the KHAM (Kshatriya-Harijan-Adivasi-Muslim) belt.

The BJP, which won 35 of the 61 seats in the region comprising the districts of Ahmedabad, Vadodara, Anand, Kheda, Panchmahal, Dahod and Chhota Udaipur, is working overtime to gain more seats this time.

Union minister Narendra Singh Tomar of the BJP, camping in the area for more than 90 days, is confident that his party will win at least 40 seats.

“I have travelled across the region and our support base is intact. The congress doesn’t have their workers here,” he told PTI.

Acknowledging that Mr Vaghela was a respected figure, Mr Tomar said his political outfit, Jan Vikalp Morcha, was not in the contest and added that his absence would benefit the BJP.

Dhamesh Mehta, the RSS organisational secretary in charge of the region, however, felt the fight was tougher this time than that in the last election.

He agreed with Tomar about the Vaghela factor.

“Vaghelaji’s absence will help the BJP. It would have been difficult otherwise as he is a dominant figure among all castes of the Kshatriyas and has a hold over 8 per cent of votes,” Mehta, who has been loaned to the BJP for the elections by the Sangh, said. He added a section of the Kshatriya community was upset with the Congress for joining hands with Hardik Patel on a caste platform.

Some Congress leaders in Kalol agreed that the lack of leaders would affect the party’s electoral fortunes. “All our strong candidates and local leaders were hijacked by the BJP. The party could have easily won if those candidates had contested from our side. But still the fight is tough and could go any way,” a Congress leader in Kalol said.

He also accused the BJP of trying to “consolidate non- Patels” against the Congress in the region.

Two prominent leaders of the region — Ramsing Parmar and C.K. Raulji —  had quit the Congress ahead of the elections and were fielded by the BJP. Strong candidates, they also wield influence over neighbouring seats.

Vaghela, who quit the Congress in July, had accused the party of not being prepared for the polls.