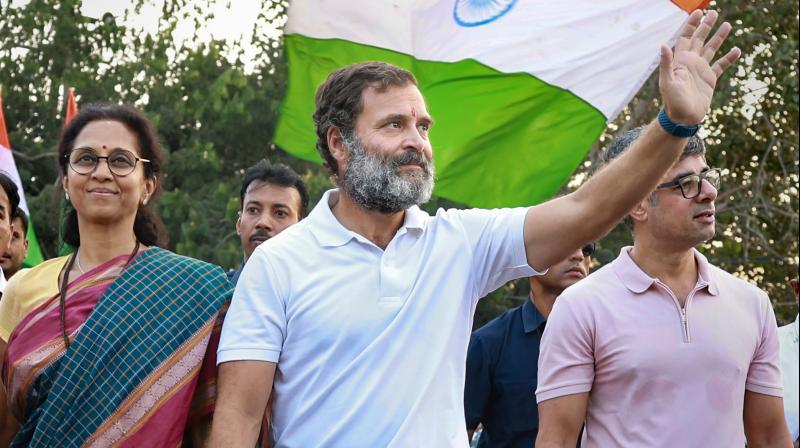 Shimla: As voting began for the Himachal Pradesh polls, Congress leader Rahul Gandhi on Saturday said the state will vote for the return of the old pension scheme and employment.

More than 55 lakh voters in the hill state will decide the fate of 412 candidates in 68 assembly constituencies.

"Come, vote in large numbers, and make your valuable contribution to the progress and prosperous future of Himachal," the former Congress chief said, appealing to the voters of the hill state.

Gandhi is in Maharashtra undertaking the party's 'Bharat Jodo Yatra'.

Restoration of the old pension scheme, 300 units of free power, a Rs 680-crore StartUp fund, one lakh jobs and Rs 1,500 per month for women between 18 to 60 years are among the promises the Congress made in its manifesto for the Himachal Pradesh polls.

Voting began at 8 am on a slow note in the hill state but began to pick up as the morning progressed and the winter chill eased a bit. The polling will continue till 5 pm in all 68 assembly constituencies.