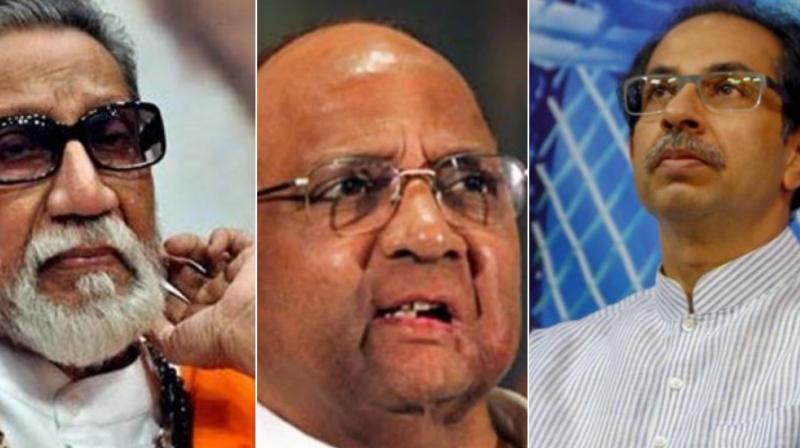 Defying his father's approach towards both the parties, Uddhav Thackeray is ready to stitch an alliance between a hardline Hindutva party, Shiv Sena, and the secular parties, the Congress and NCP. (Photo: File)

Mumbai: On Tuesday, the state of Maharashtra witnessed unprecedented political crisis — the imposition of the President's rule and formation of a new block.

The Shiv Sena chief Uddhav Thackeray — Post President’s Rule — confirmed that on Monday his party had officially reached out to the Congress for the first time, and said along with support from NCP, their strength could rise to 154.

Thackeray said he had called Sonia Gandhi and hoped for a ‘new beginning’ with this possible alliance.

In various interviews given to news channels, Bal Thackeray had strongly rejected any possibilities of shaking hands with Pawar.

"Possibility in politics...what? If at all it is said that it is a game of scoundrels, it is for a man to decide whether he wants to remain a gentleman or a scoundrel. If anybody's trying to become a scoundrel, then? But I will not go along with a scoundrel, whoever he may be," Thackeray had said in an interview to the NDTV.

Thackery was 'never' in favour of stitching an alliance with Pawar.
"The man responsible for toppling the (BJP's) Atal Bihari Vajpayee-led government, how can we afford to shake hands with him? I will never at least. I will never," he had said.

"Sharad Pawar was the one who openly said to the press - 'yes, my responsibility was to topple the government. That I have done'. He's an expert in that. Knowing full well that he is the man (responsible) for the damage...think of the people, the voters. Will they tolerate it? They will say you are cheating us," Bal Thackeray had said in 1999.

Defying his father's approach towards both the parties, Uddhav Thackeray is ready to stitch an alliance between a hardline Hindutva party, Shiv Sena, and the secular parties, the Congress and NCP.