Ready to work with CPI(M) to counter NDA: Mamata

The TMC chief said that she was ready to work with CPI (M), SP, Cong, despite ideological differences, in order to ‘save the country’. 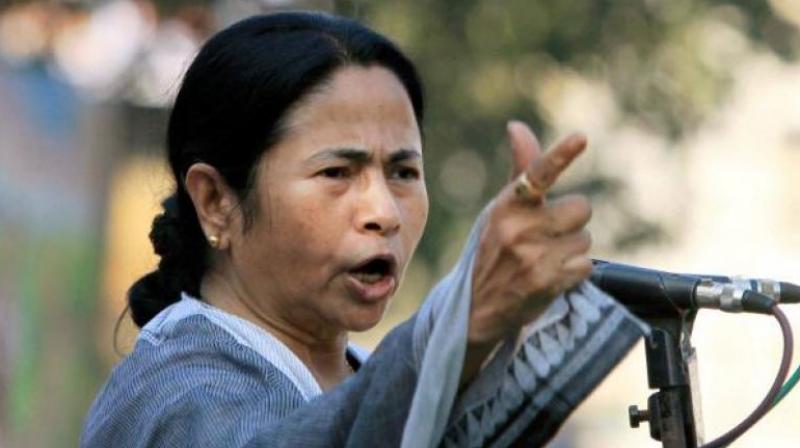 New Delhi: West Bengal Chief Minister and Trinamool Congress (TMC) supremo Mamata Banerjee, on Saturday said that she was ready to work with arch rival CPI (M), and other Opposition parties like SP, BSP, and Congress despite ideological differences, to  ‘save the country’ from the NDA government.

"We may have ideological differences with CPI-M but we are ready to work with it, Congress, SP, BSP to save the country,” Mamata said, speaking at a press conference in Kolkata.

“This anti-people, anti-poor Govt has no moral right to continue in power. This is a dictatorship. This draconian decision needs to be withdrawn,” she added.

"Only one percent people hold black money. Why the other 99 percent are being harassed for this? A few money launderers are profiting due to this black decision. This is a dangerous, disastrous and draconian decision. This is surgical anarchy. Even eminent economists are saying this demonetisation will not affect black money," she asked.

Pointing out that the sudden decision by the government put the common man in dilemma, she said, “I personally visited several banks today to listen to tales of hardship of common people. Rs 100 notes are not available in banks. More than two lakh ATMs are closed, money is not available.”

"This is a betrayal with people. A sudden midnight decision was taken. But few ruling party people knew about it. Few 'dalals' are taking advantage of the economic disaster. I appeal to the government to withdraw this decision," she added.

The TMC supremo also asked the BJP-led Centre as to how much money is being wasted for printing 2000 rupee notes and recalibrating ATMs.
"This is common man's money: The Centre cannot scare us. We are not afraid of them," she said.

Earlier in the day, Banerjee, demanded the withdrawal of government’s move, calling it anti-people.

Claiming that she had said this before, Banerjee said, "But given the way the young, old and everyone is suffering, let me again appeal to the Central government" (to withdraw the decision).

"This has turned out to be a big black scandal. Hardship for the common citizens and full advantage to the money launderers," she said.

The TMC chief on Thursday called upon all opposition parties to work together against the "anti-poor government at the Centre".

"Let us fight this political and financial anarchy together. We will be with you all," Banerjee had said.

Mocking the Prime Minister, she had said Narendra Modi "has gone to Japan after making the people poor in India."

Trinamool Congress has already given a notice in the Rajya Sabha for a discussion on the demonetisation issue on November 16, the opening day of winter session of Parliament.

TMC leader in Lok Sabha Sudip Bandopadhyay has said the party would bring an adjournment motion in the house on the same day. Mamata also penned a poem on the demonetisation issue.