The former Union finance minister said the high moral ground the BJP had taken all these years, appears to have been lost. 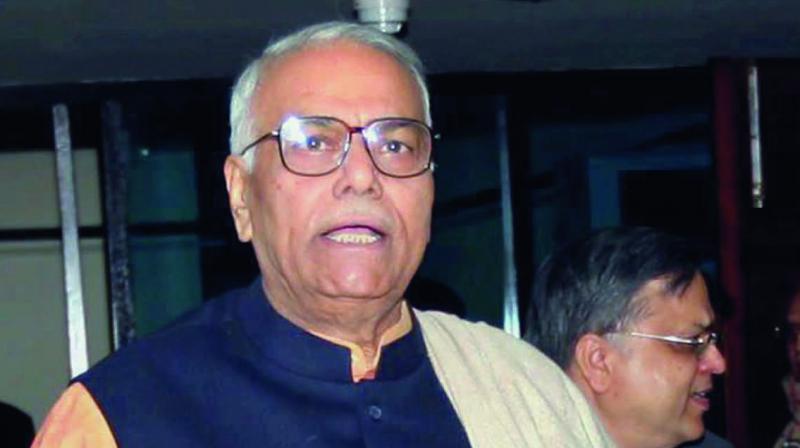 New Delhi: A metropolitan court in Ahmedabad on Wednesday adjourned the hearing of the criminal defamation case filed by BJP president Amit Shah’s son Jay Shah against a news portal to October 16 as the complainant's advocate was not present in the court.

While the BJP had attacked the author of the news article against Mr Jay Shah and called the article as “malicious,” veteran leader Yashwant Sinha criticised his party’s defence of Mr Jay.

The former Union finance minister said the high moral ground the BJP had taken all these years, appears to have been lost. Mr Jay had filed the defamation case over an article carried by a news portal, claiming that his firm’s turnover grew exponentially after the BJP came to power at the Centre in 2014.

One of the lawyer’s for Mr Jay on Wednesday sought time from additional chief metropolitan magistrate S.K. Gadhvi, saying senior advocate S.V. Raju could not be present in the court as he was busy in the high court. The court then adjourned the hearing to October 16.

Meanwhile, Mr  Sinha, who had recently criticised the Modi government for the current economic slowdown, objected to filing of a Rs 100 crore defamation suit against the news portal. Mr Sinha, who was in Patna, said that such an attempt to suppress the voice of the media was avoidable.

“I will like to say that the manner in which a certain Union minister jumped to the defence of Mr Jay was not called for. He is a central minister not a chartered accountant of Mr Jay,” Mr Sinha said, referring to Union minister Piyush Goyal's defence of Mr Jay. “The high moral ground we have acquired all these months and years appears to have been lost,” he said.