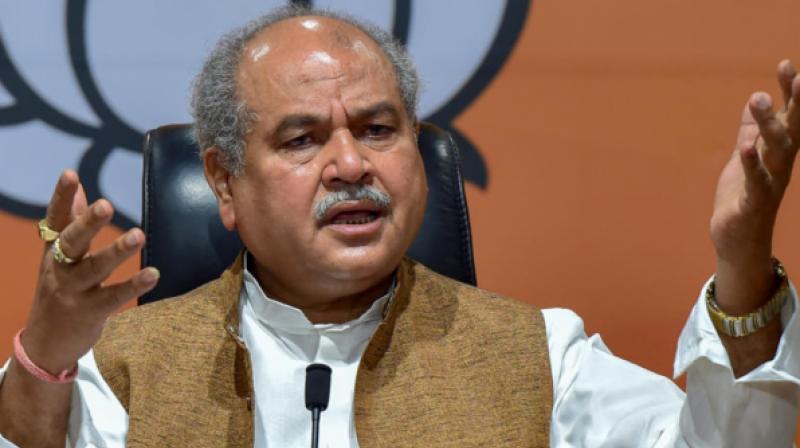 "We have come here to hold further discussions (over the name of next chief minister of Gujarat). We will hold discussions with the state President and other senior leaders," Tomar told reporters at the airport in Ahmedabad.

Union Minister of Parliamentary Affairs Pralhad Joshi is likely to arrive later during the day. The BJP is likely to hold its legislative party meet later today.
The visit of the central leaders comes after Rupani on Saturday met Gujarat Governor Acharya Devvrat and submitted his resignation from the post of state Chief Minister. His resignation came ahead of the elections to the 182-member Assembly scheduled for next year.

Rupani took charge as the Chief Minister of Gujarat on August 7, 2016. He currently represents Gujarat's Rajkot West as MLA. In the 2017 state election, the BJP won 99 of the state's 182 Assembly seats, Congress got 77 seats.