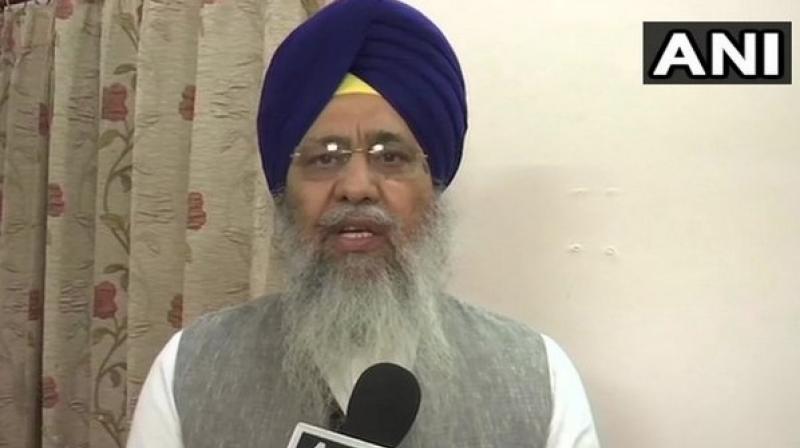 He said that as many as 550 devotees, including prominent religious leaders, will go to Pakistan for the ritual. (Photo: ANI)

"On July 25, after a holy ritual, the Nagar kirtan will commence from Nankana Sahib, the place where Guru Nanak was born," Longowal said.

He said that as many as 550 devotees, including prominent religious leaders, will go to Pakistan for the ritual.

"On the arrival of the Nagar kirtan at Attari-Wagah border, leaders such as Chief Minister Amarinder Singh and former chief minister Parkash Singh Badal are scheduled to welcome the devotees, for which a formal invitation has been sent to them," said the president of SGPC.

Longowal said that Sikhs who live outside the country have also been invited to be a part of the event.