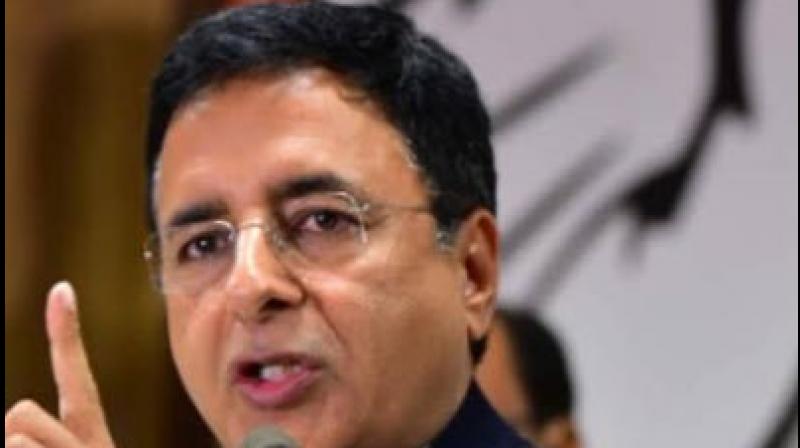 New Delhi/Jaipur: Amid claims by its state leadership that the BJP was trying to destabilise its government in Rajasthan, the Congress rushed senior leader Randeep Singh Surjewala to speak to the MLAs and keep the flock together ahead of the June 19 Rajya Sabha polls.

Sources in both Delhi and Rajasthan said all Congress MLAs were moved to Shiv Vilas resort on the Delhi-Jaipur highway. Some Independents backing the Congress government also reached the resort for a meeting Thursday evening, attended by AICC general secretary Avinash Pande and Rajasthan deputy CM Sachin Pilot. Mr Pilot left soon afterwards, but may rejoin the MLAs later.

On Wednesday, Congess chief whip Mahesh Joshi wrote to the state’s Anti-Corruption Bureau that “like Madhya Pradesh, Gujarat and Karnataka, in Rajasthan our MLAs and Independents supporting us are being lured in an attempt to destabilise a democratically-elected government”.

The party, which lost its government in Madhya Pradesh in March, is being extra careful. It may be recalled that some Gujarat Congress MLAs are also holed up at a resort in Ambaji, Rajasthan. Rajya Sabha polls are due to be held in Gujarat too.
Sources said the immediate bone of contention in the faction-ridden Rajasthan unit is the Rajya Sabha candidature of senior leader K.C. Venugopal, known to be close to Rahul Gandhi.

Rajasthan has three Rajya Sabha seats up for election. Two are expected to go to the Congress and one to the BJP, which has stirred speculation by putting up two candidates, not one. To win, each candidate needs 51 first preference votes.

The BJP can, however, turn the tables if it gets the support of 12 Independents, now backing the Congress.