Taking a dig at Congress, he said that in the last few months, the system has derailed in Chhattisgarh under the Congress rule. 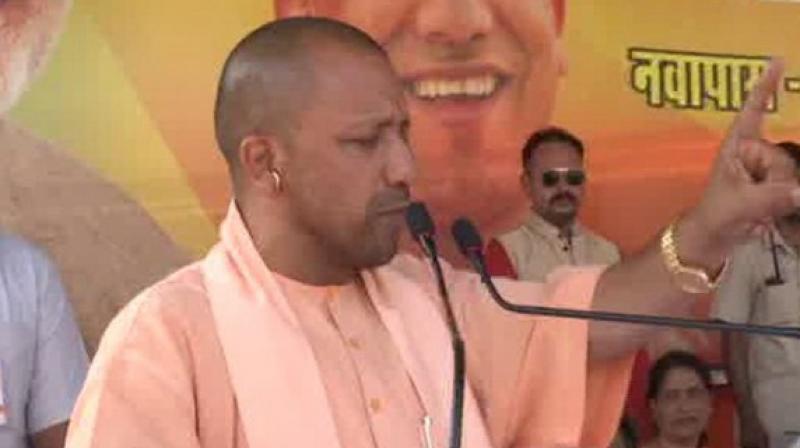 Adityanath also slammed former Prime Minister Manmohan Singh by alleging that he discriminated between Muslims and other individuals. (Image: ANI)

Raipur: Uttar Pradesh Chief Minister Yogi Adityanath on Friday said that terrorists and Naxals are afraid of BJP government and don't want to come near it, as they are aware that they will either be jailed or killed.

While addressing a rally in Raipur, Adityanath said, "The terrorists and Naxals run away from us, they do not want to come near us for they know it means only two things, either they will land in jail or they will be killed (unka Ram Naam Satya ho jayega) and leave for their heavenly adobe. There is no third meaning."

Taking a dig at Congress, he said that in the last few months, the system has derailed in Chhattisgarh under the Congress rule.

"In the last 5-6 months, the system has totally derailed in Chhattisgarh. In the 55-60 years of their rule, the successive Congress government have only looted the country and plunged it into poverty, casteism, regionalism, terrorism, and naxalism," he said.

Adityanath also slammed former Prime Minister Manmohan Singh by alleging that he discriminated between Muslims and other individuals.

"Manmohan Singh during his tenure as Prime Minister said that Muslims have first right over the resources of this country. Where will the Dalits, backward, women, tribal and others go?" the UP CM asked.

People on Thursday turned up in large numbers to cast their vote in the first phase of Lok Sabha elections in Chhattisgarh. Voters queued up to exercise their franchise in Naxal-affected regions of Dantewada and Sukma amid heavy security.

Chhattisgarh, which went to polls in the first phase of Lok Sabha elections on April 11, will now go to polls on April 18 and 23- for its 11 parliamentary constituencies.