Alliance on 33 LS seats or none: AAP on Cong's offer

PC Chacko blamed the AAP’s leadership for the failure of not having an alliance against the BJP in Delhi. 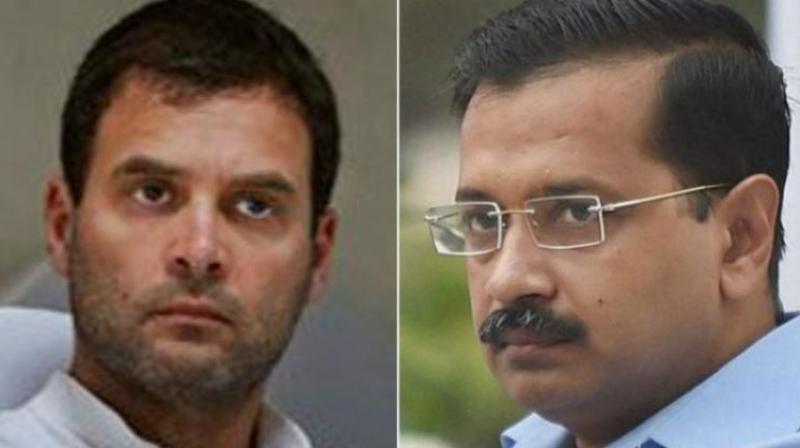 In a press conference, PC Chacko, AICC in-charge for Delhi said, 'AAP wants tie-up in other states but we are ready for an alliance only in Delhi.' (Photos: PTI)

New Delhi: The Aam Aadmi Party is capable of defeating both the BJP and the Congress in Delhi and an alliance is possible with the Congress only when it will be done on 33 Lok Sabha seats, said AAP leader Gopal Rai Friday.

The AAP, in turn, wanted such an alliance to extend to Haryana and Punjab as well. "We want alliance on all 33 seats with the Congress and not three seats in Delhi. We are capable of defeating the BJP and the Congress on our own in Delhi. If an alliance has to be there, it has to be on 33 seats," Rai said.

Another AAP leader Sanjay Singh said the party was even ready to make the Congress its senior partner in Haryana, but now it has moved ahead. However, sources said there was still a slim chance of an alliance as the AAP might offer a 5:2 seat sharing formula in Delhi, where the party would contest from five seats and the Congress from two seats.

Earlier in the day, Congress announced that there will not be any alliance with Aam Aadmi Party and would contest alone in all seven seats in Delhi.

In a press conference, PC Chacko, AICC in-charge for Delhi said, “AAP wants tie-up in other states but we are ready for an alliance only in Delhi.”

“Even today, we are ready for an alliance with the Aam Aadmi Party with seat sharing arrangement of three seats to the Congress and four to them,” he added.

He also blamed the AAP’s leadership for the failure of not having an alliance against the BJP in Delhi.