India   Politics  12 Apr 2019  I am not made of wood that burns easily, says Mehbooba Mufti
India, Politics

I am not made of wood that burns easily, says Mehbooba Mufti 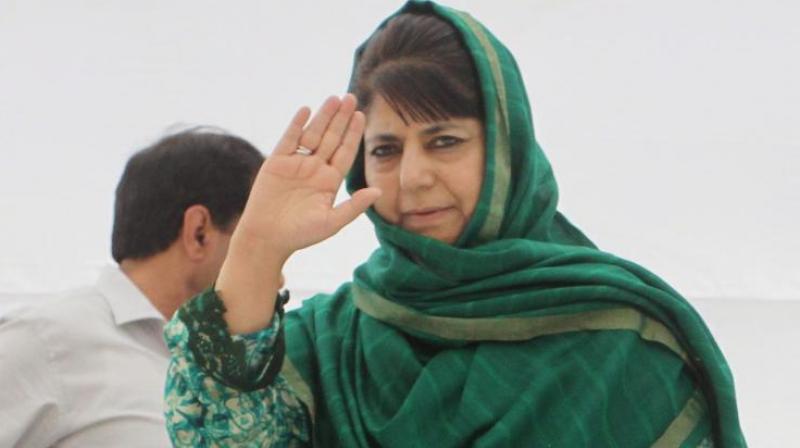 SRINAGAR: The BJP on Thursday demanded the arrest of former chief minister and People’s Democratic Party (PDP) president Mehbooba Mufti after accusing her of instigating people to break law.

“FIR should be registered against her for statements to instigate the public to defy vehicular ban on (Srinagar-Jammu) highway on Wednesdays and Sundays,” the chief spokesperson of the J&K unit of the BJP, Sunil Sethi, said while speaking to reporters in winter capital Jammu. He added, “We demand the arrest of Mehbooba Mufti for instigating public to break law.” He accused the BJP’s former ally of creating “chaos for pity political gains”.

Reacting to the BJP’s demand, the PDP leader said “she is not made of a wood that burns easily and, therefore cannot be scared by such tactics and threats”.

“BJP wants me arrested for instigating Kashmiris to defy a callous ban that prohibits them from using their own roads. But such tactics & threats won’t scare me. They forget I am not made of a wood that burns easily,” she tweeted.

The Jammu and Kashmir government had on April 3 issued an order banning civilian traffic movement from 4 am to 5 pm for two days — Sunday and Wednesday — every week until May 31 on the vital highway connecting the Kashmir Valley with rest of the country to facilitate the movement of security forces’ convoys. The move has been widely resented by Kashmiri political parties, trade organisations and civil society groups terming it “callous, absurd and anti people”. The Army has distanced itself from the government’s decision and said that it was not taken onboard on the issue.

Ms Mufti had while speaking at a protest demonstration against the ban here on Wednesday asked the people to defy the diktat by running their vehicles on the highway on Wednesdays and Sundays “to reach wherever you have to”. She said that schoolchildren and sick people were suffering because of this “dictatorial and imprudent decision” of the government.