Addressing a poll rally in Rajnandgaon, Shah said Naxal attack was not a normal incident and 'it seems that it was a political conspiracy'. 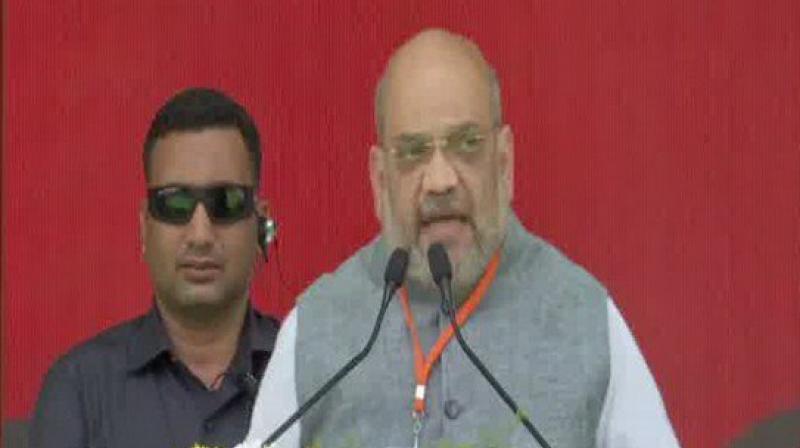 Amit Shah held a rally in Chhattisgarh and Odisha on Friday. (Photo: File)

Rajnandgaon: BJP president Amit Shah on Friday described the Naxal attack in which a Chhattisgarh BJP MLA was killed as a political conspiracy and sought a CBI probe into it.

Addressing a poll rally in Rajnandgaon Lok Sabha constituency, Shah said the Naxal attack was not a normal incident and "it seems that it was a political conspiracy". "The attack should be probed by the CBI," Shah said.

On demand for having a separate Prime Minister for Kashmir, the BJP chief said, "Kashmir cannot be separated from India till the last BJP worker is alive".

When the Balakot air strike was conducted, Indians were happy but there was grief in Pakistan and the Congress office, Shah said.

After 19 years of rule in Odisha, CM cannot talk to his people in Odia: Amit Shah

Earlier in the day, hitting out at the BJD government in Odisha, BJP president Amit Shah said Odisha state is rich in natural resources, but its people continue to remain poor under the Naveen Patnaik-led dispensation.

Addressing a rally here, Shah said the BJD rule in the state was marked by misrule and corruption. Taking a jibe at the chief minister, Shah said, "Even after 19 years of rule in Odisha, Naveen (Patnaik) babu cannot talk to his people in Odia."

"The BJP-led government, on the other hand, launched an era of development in the country, marked by speedy and concrete steps to eradicate poverty," he insisted.

Sharing his plans for the tribal-dominated district, the BJP chief said a steel plant will be set up here if the saffron party is re-elected to power at the Centre.

"Under District Mineral Fund, Rs 1600 crore has been allocated to this district. If the BJP is voted to power again, all forest produces will be procured from the tribals at Minimum Support Price (MSP) and no GST will be levied on tendu leaves," Shah added.