This comes after the Election Commission of India on Sunday announced the schedule for the 17th Lok Sabha election. 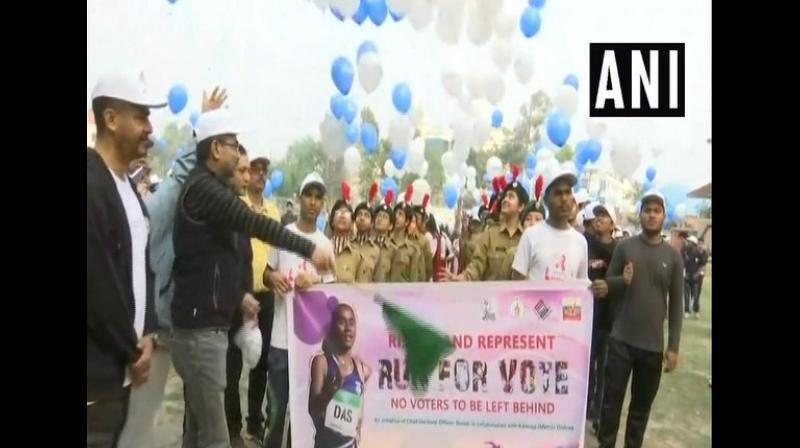 Guwahati: The Chief Electoral Officer of Assam along with the Kamrup (M) administration organised a 'Run for Vote' campaign here on Monday to raise awareness among first-time voters.

The campaign was organised at Latasil Field.

This comes after the Election Commission of India (ECI) on Sunday announced the schedule for the 17th Lok Sabha election, which will be held in seven phases beginning April 11. The final phase of voting will take place on May 19. The counting of votes will be held on May 23.