India   Politics  12 Mar 2019  BSP will have no ties with Cong anywhere in India: Mayawati
India, Politics

BSP will have no ties with Cong anywhere in India: Mayawati

Hitting out at Congress, Mayawati said, 'The SP-BSP alliance is perfect for defeating the BJP, especially in Uttar Pradesh.' 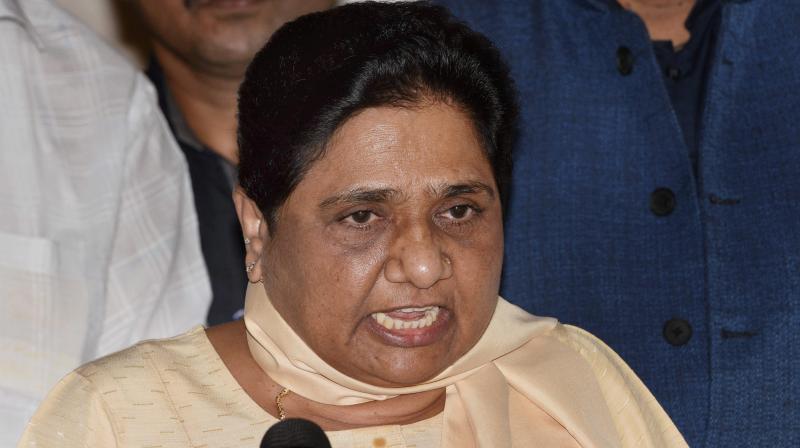 New Delhi: Bahujan Samaj Party (BSP) supremo Mayawati on Tuesday cleared all the speculations on the party's tie-up with Congress ahead of the Lok Sabha polls stating that the party will have no truck with Congress.

"BSP will not enter into any alliance with Congress anywhere in the country," said Mayawati.

Once arch-rivals Samajwadi Party (SP) and BSP announced their tie-up in Uttar Pradesh for the 2019 Lok Sabha polls in January this year, sharing 38 seats each and keeping the Congress out of the alliance.

Hitting out Congress, Mayawati said, "The SP-BSP alliance is perfect for defeating the BJP, especially in Uttar Pradesh."

Earlier, while announcing a coalition with SP, Mayawati stated why there was no alliance with the Congress. She said that during the Congress rule over the years, poverty, unemployment and corruption grew and there had been scams in various defence deals.

She also said that the party did not benefit in case of a tie-up with the Congress in the past.