Dayashankar lauds PM, hits back at Mayawati for questioning EVMs

Dayashankar was the party vice-president when he was expelled in July 2016 for comparing Mayawati to a prostitute, thus triggering outrage. 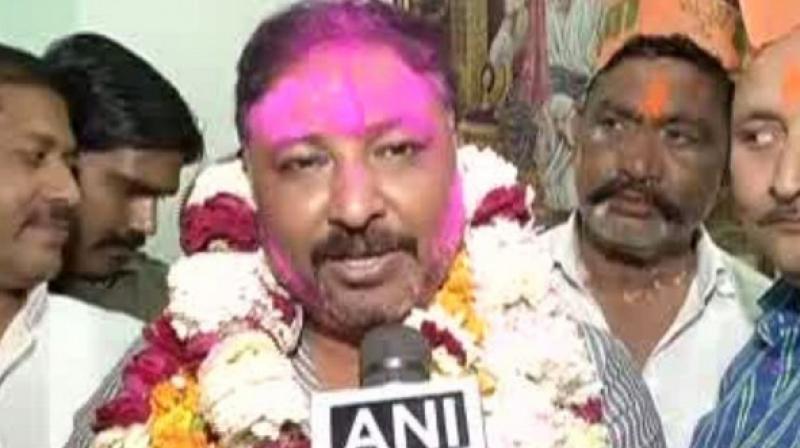 New Delhi: Bharatiya Janata Party (BJP) member Dayashankar Singh, who has been included into the party after his expulsion, on Sunday lauded the efforts of Prime Minister Narendra Modi and party president Amit Shah in achieving what he called 'the biggest victory post independence'.

"Modi ji's dedication towards helping the poor and Amit Shah's organisational skills has proved to be the perfect combination for enabling the BJP's astounding victory in the Uttar Pradesh Assembly Elections," said an elated Singh.

Responding to the remarks made by Bahujan Samaj Party (BSP) supremo Mayawati on the authenticity of the Electronic Voting Machines (EVMs), Singh alleged that she can 'go to any extent to win'.

"Those who attended the BSP rallies were asked to do so forcefully. Mayawati cannot do this and then she claims to be working towards collective development. Those who came out to vote did so due to their faith in Prime Minister Narendra Modi. There is no fault in any machine," he added.

"We all know who Mukhtar Ansari is and what he is capable of doing," Singh further said.

Echoing similar sentiments, his wife and BJP's candidate from Sarojini Nagar Swati Singh, who emerged victorious in the recent assembly polls, stated that it was condemnable that such comments were coming from a leader of Mayawati's stature.

"Mukhtar Ansari, who is a BSP candidate won from Mau. If the machine was faulty, his victory is questionable as well," said Singh.

Dayashankar was the party vice-president when he was expelled in July 2016 for comparing Mayawati to a prostitute, thus triggering outrage.

The party's move to expel him was seen as placating the Dalit votes, a prime constituent in Uttar Pradesh.