Dayashankar back in BJP after wife wins UP assembly poll

Dayashankar's wife Swati Singh, who is also the head of the BJP women's wing, had won the Assembly poll from Sarojini Nagar seat of Lucknow. 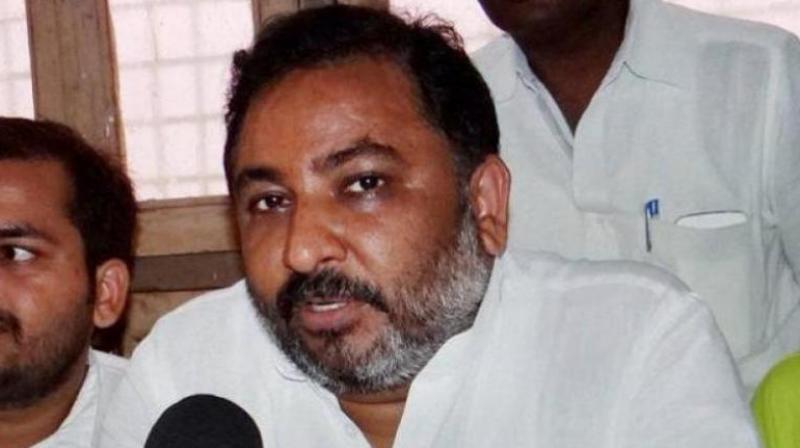 Lucknow: The BJP on Sunday revoked the suspension of Dayashankar Singh, who had allegedly made derogatory remarks against BSP chief Mayawati, a day after his wife Swati Singh won the assembly polls.

Dayashankar's wife Swati Singh, who is also the head of the BJP women's wing, had won the Assembly poll from Sarojini Nagar seat of Lucknow.

After Singh had made derogatory remarks against Mayawati, an FIR was registered against him on July 20 last year under the the Scheduled Castes and the Scheduled Tribes (Prevention of Atrocities) Act and other provisions.

The complaint, which was lodged by national secretary of BSP Mewalal Gautam, alleged that Singh's remarks in Mau on July 20 had hurt the feelings of BSP workers and the Dalit community across the country and were aimed at provoking them.

Later, the issue was taken up by Mayawati in the Lok Sabha also and later the BJP had suspended Singh, who was holding the post of vice president in BJP's state unit.