The Congress, which is currently in power in Manipur, won 28 states in the recent state elections, losing 19 seats from the 2012 polls. 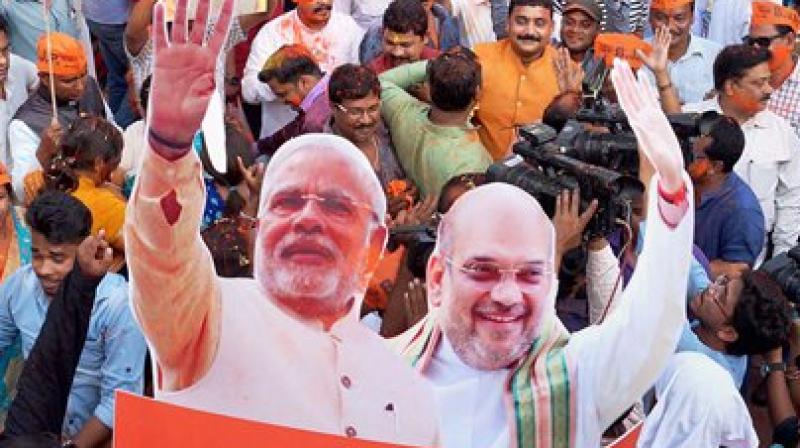 Imphal: The National People’s Party (NPP) of Manipur on Sunday pledged support to the Bharatiya Janata Party (BJP) in the state, thus taking the saffron party close to a majority in the state Assembly.

NPP President Conrad Sangma said, “National Peoples' Party is in alliance with BJP at the Centre. It was natural for us to work with them in Manipur too.”

The NPP secured 4 seats in the recent Assembly elections in the state, results of which were announced on Saturday. The BJP has won on 21 seats, while the majority mark is 31. Adding NPP’s 4 seats will take its numbers to 25, 6 short of a majority.

However, the Naga People’s Front (NPF), with 4 seats, has already said that it would support BJP. In addition to this, the Lok Janashakti Party (LJP), an alliance partner of BJP at the Centre, won 1 seat in the recently concluded elections.

Meanwhile, Congress MLA Shyamkumar Singh from Andro assembly constituency in Manipur defected from Congress and joined BJP on Sunday. With this, BJP has reached the magic figure of 31 needed to form a government in the state.

BJP General Secretary Ram Madhav said on Sunday that the party would approach Manipur governor Najma Heptulla to form a government with the support of NPP, NPF and LJP.

The Congress, which is currently in power in Manipur, won 28 states in the recently concluded state elections, losing 19 seats from the last polls held in 2012.