TN CM rejects accusatoins against him in Kodanad break-in case

This comes after Tehelka editor, Samuel Mathew released a video in Delhi in which accused linked CM to Kodanad estate break-in case. 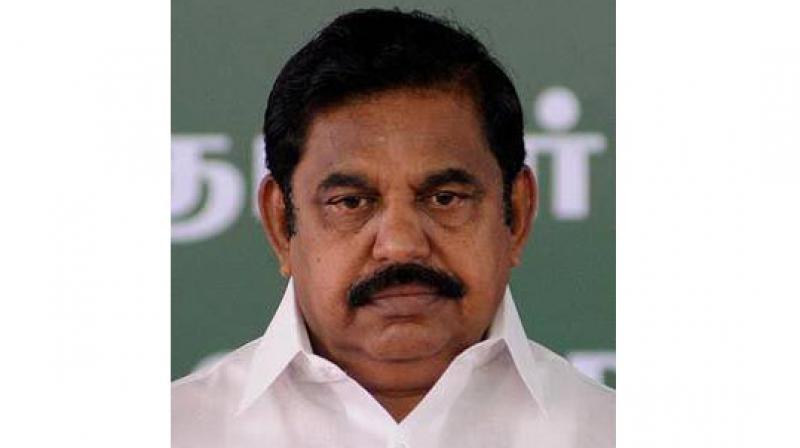 ‘This (charge) is completely contrary to facts and there is no iota of truth in it,’ said CM K Palaniswami. (Photo: File)

Chennai: Tamil Nadu Chief Minister K Palaniswami on Saturday rejected allegations made against him by those accused in the Kodanad estate break-in case, saying the police will probe the matter.

Referring to former Tehelka editor Samuel Mathew releasing a video in Delhi on Friday, in which the accused allegedly linked the CM to the break-in, Palaniswami denied his involvement.

The All India Anna Dravida Munnetra Kazhagam (AIADMK) joint coordinator further said that a police case had been filed in the matter and that "strong action" will be taken against those who released the video.

"Yesterday (Friday), former Tehelka editor Samuel Mathews had released a video which links me to an incident (break-in) that happened in Amma's Kodanad estate on April 24, 2017. This (charge) is completely contrary to facts and there is no iota of truth in it," he said.

Making a statement before the media in Chennai, Palaniswami said the probe will reveal who was behind the incident, even as he charged that it was an attempt to "malign Amma", referring to late chief minister J Jayalalithaa.

In April 2017, the security guard of the Kodanad estate, Jayalalithaa's retreat home in the hilly district of the Nilgiris, was found dead.

It emerged during the probe that Jayalalithaa's former driver C Kanagaraj and K V Sayan had allegedly plotted the crime.

A total of ten people had been arrested in the case, with a charge sheet also being filed later.

However, Kanagaraj and Sayan's wife and daughter were killed in separate road accidents during the probe, even as another employee of the property was found dead, in a case of suspected suicide.

On Saturday, Palaniswami said the accused people, some of whom reportedly spoke in the video, had appeared in court 22 times in connection with the case so far, and questioned why they did not share the same in the court.

"They are saying such new things in an attempt to divert the case," he said. He also denied Jayalalithaa had stored documents received from party functionaries in the estate as purportedly claimed by them in the video on Saturday, saying she never obtained any such papers. Those unable to take us on politically are resorting to such cheap cowardice," he said, and asserted a probe will reveal those doing so.