India   Politics  12 Jan 2019  Bezbaruah refuses to be part of panel on Assam Accord
India, Politics

Bezbaruah refuses to be part of panel on Assam Accord 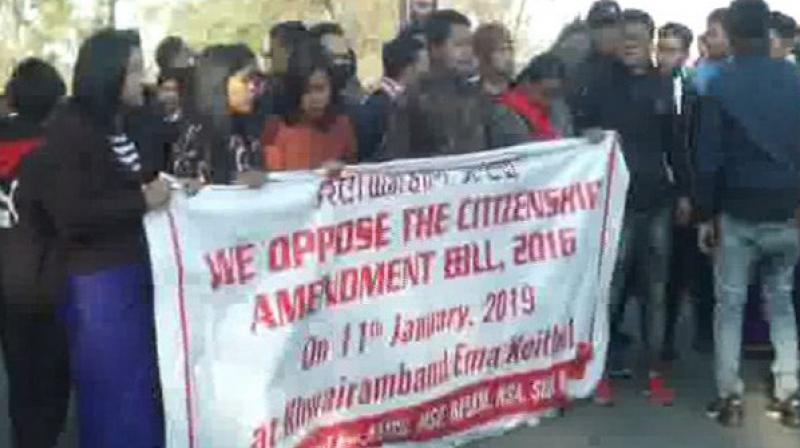 Former bureaucrat MP Bezbaruah, in his letter to the Home Ministry, stated that with four members of the panel exiting, the committee is ‘non-functional and de facto defunct.’ (Photo: ANI)

New Delhi: In what could mean setback to the Centre, former bureaucrat MP Bezbaruah has refused to be a part of the nine-member panel, which was set up by the Home Ministry on January 7 to suggest ways to implement Clause 6 of the Assam Accord.

This decision of Bezbaruah, who was meant to head the Committee, came after four of the nine members quit the central government-nominated committee.

Bezbaruah, in his letter to the Home Ministry, stated that with four members of the panel exiting, the committee is "non-functional and de facto defunct", adding that his position as chairperson is "untenable".

The Assam Accord is a Memorandum of Settlement (MoS) signed between representatives of the Government of India and leaders of the Assam Movement.

The agreement was signed in New Delhi on August 15, 1985, in the presence of then Prime Minister Rajiv Gandhi, to identify and deport illegal immigrants.

The Clause 6 of the Accord states that appropriate constitutional, legislative and administrative safeguards shall be provided to "protect, preserve and promote the cultural, social, linguistic identity and heritage of the Assamese people."

The nine-member committee was formed by the Centre to look into reservation for Assamese people in the Legislative Assembly of Assam and other local bodies. The panel was given the responsibility to find out measures to preserve the identity and culture of Assamese people.

The timing of Bezbaruah's exit is crucial. There have been widespread protests in Assam against the Citizenship (Amendment) Bill 2016 that seeks to give Indian citizenship to six minority groups from Afghanistan, Pakistan and Bangladesh.

These two were followed by eminent literary figure Mukunda Rajbongshi and the All Assam Students Union (AASU). The AASU exited the panel saying the Centre must first scrap the Citizenship Bill.