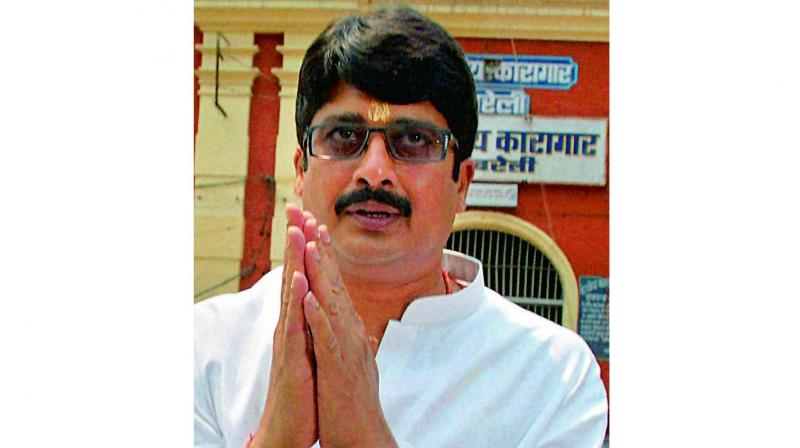 Lucknow: Independent legislator and former UP minister Raghuraj Pratap Singh a.k.a. Raja Bhaiyya has applied for the registration of a new political party before the Election Commission.

The formal announcement of the new party will be made at a rally in Lucknow on November 30, the day when Raja Bhaiyya completes his 25 years in politics, sources said.

Raja Bhaiyya is a sixth term independent MLA from Kunda assembly seats in Pratapgarh district. He has also served as a minister in the Kalyan Singh, Ram Prakash Gupta, Rajnath Singh, Mulayam Singh and Akhilesh Yadav governments in Uttar Pradesh.

He snapped ties with the Samajwadi Party in April this year after SP president Akhilesh Yadav decided to support the BSP in the Rajya Sabha biennial elections.

It was Ms Mayawati who had sent Raja Bhaiyya to jail in 2003 on charges of conspiring to topple her government and eliminate her. Raja Bhaiyya was booked under POTA and spent 18 months in jail.