BJP not worried about BSP-Congress tieup in Haryana 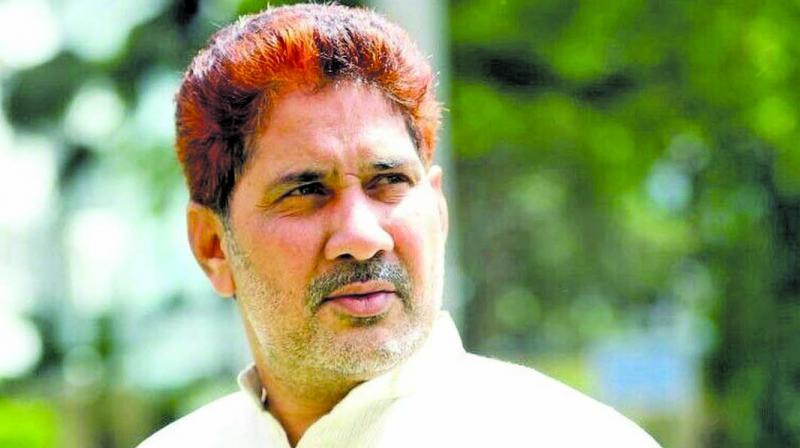 New Delhi: With talks of an impending Congress and Bahujan Samaj Party (BSP) alliance in Haryana ahead of Assembly polls, the Bharatiya Janata Party (BJP) feels that it would not affect its polls prospects. Haryana BJP chief Subhash Barala stated that post-Narendra Modi, the division of voters on caste lines doesn’t work.

“We have repeatedly seen parties trying to secure votes on caste lines but this attempt has been completely demolished by voters in the recent Lok Sabha polls. This time, too, the Congress and the BSP seem to be coming together just for usurping power though they do not have any ideology to bind them,” Mr Barala said and claimed that the voters would see through it.

“Voters would ensure the defeat of parties that try to break the society into castes. Just like they did in the Lok Sabha polls,” the Haryana BJP chief added.

The BSP had just days ago announced an alliance with the Chautalas led-Jannayak Janta Party (JJP). However, the alliance was reportedly called off after a tiff between the two on sharing of seats to contest the 90 members Assembly.

A senior minister in Haryana Cabinet and BJP leader Captain Abhimanyu also said,  “The proposed alliance is too little too late and won’t affect the BJPs position in the forthcoming polls.”

BJP sources said the party is hopeful that a possible alliance between Congress and BSP so close to the Assembly polls would not allow the candidates to prepare properly as ticket distribution is expected to cause a major headache for the two-party leaders.

With BSP chief Mayawati and senior Congress leader Bhupinder Singh Hooda seeking their pound of flesh the ticket distribution process would not
be so easy, sources added.

Haryana chief minister Manohar Lal Khattar too has been on an extensive public contact programme, Jan Ashirwaad Yatra, across the state over the past few weeks.