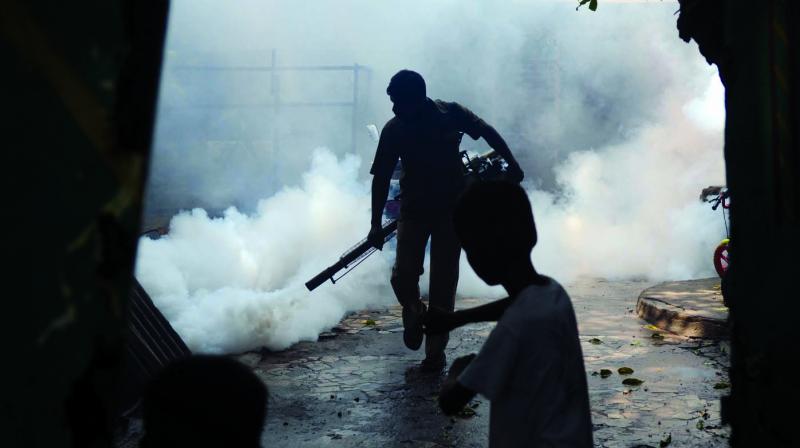 Bhopal: The Chhattisgarh assembly is set to have a new look when it sits for its monsoon session, scheduled to commence on August 25, amid coronavirus pandemic.

Glass partitions between MLAs and provision of sanitization bottles and hankies on the desk of the each member of the house are some of the measures mulled by the Chhattisgarh government to protect the lawmakers during the session, a senior officer of the state assembly secretariat said on Tuesday.

“The seats of the MLAs will be divided by glass partitions. Periodic sanitization of the house will be done during the session to protect the members from the virus contraction”, Chhattisgarh assembly secretary C S Gangrade said.

“Modalities for holding the monsoon session of the assembly are still being worked out”, sources in the Chhattisgarh assembly secretariat told this newspaper.

Among the measures proposed to be undertaken during the session are provision of santisation bottles and handkerchiefs on the desk of each member of the house for the use by the lawmakers to cover their faces when they feel like sneezing or coughing, sources added.

There would be regulation of outsiders in the assembly during the period.

The assembly staff essential for conducting the proceedings of the house would only be allowed to attend office.

“The press and visitor galleries will remain closed during the session”, sources said.

“It is estimated that the state government would incur an additional Rs 20 lakh to make the house virus-proof during the session”, a senior officer of the assembly secretariat said.

Incidentally, Madhya Pradesh assembly had to take an unprecedented step of cancelling its monsoon session, convened on July 20, to protect the members from contracting the virus.