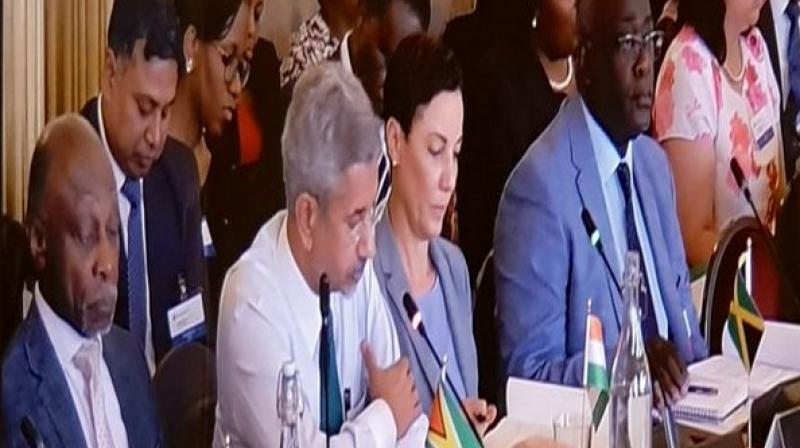 India also called for fast-tracking of the process of re-admission of the Maldives to the Commonwealth. (Photo: Twitter | @DrSJaishankar)

New Delhi: India is well on the path of fulfilling all the commitments made by the Prime Minister Narendra Modi at Commonwealth Heads of Government Meeting (CHOGM) 2018 much before the next meeting in 2020, said External Affairs Minister S Jaishankar, who concluded his three-day visit to London to attend Commonwealth Foreign Affairs Ministers Meeting (CFAMM) on Thursday.

At the summit today, underlined that India is fulfilling all its #Commonwealth commitments made by PM @narendramodi in 2018. Includes support for technical cooperation and projects related to #SDG & #ClimateChange. A special bond with Small States & Small Island Developing States pic.twitter.com/qOS7LogIlI

The CFAMM undertook a review of the implementation of the mandates of CHOGM 2018 and held discussions on the CHOGM 2020 to be held at Kigali in June next year. During the CFAMM, Foreign Ministers adopted the 70th anniversary Affirmation, read an official statement.

Jaishankar congratulated the member countries on the 70th anniversary of Commonwealth.

India also called for fast-tracking of the process of re-admission of the Maldives to the Commonwealth.

During the visit, Jaishankar also interacted with a large number of MPs, Lords and key representatives of think tanks and media to exchange views on a range of issues to find ways and means to further cement the multifaceted India - UK ties.