UP BJP MLA accused of duping bizman of Rs 43 lakh

SSP Meerut Rajesh Pandey has ordered investigations into the complaint. 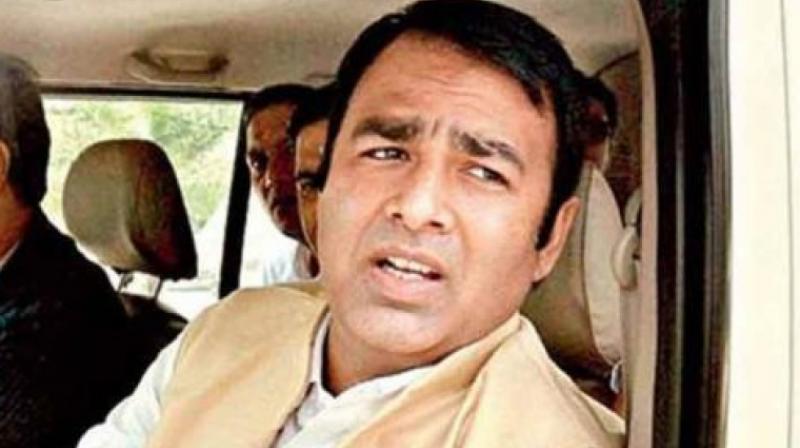 Lucknow: After corruption charges were levelled against a senior IAS official in Uttar Pradesh, it is now BJP MLA Sangeet Som who has been accused of duping a businessman of Rs 43 lakh.

A businessman, Sanjay Pradhan, has lodged a complaint with the Meerut police that the BJP legislator had taken Rs 43 lakh from him with a promise of getting him government contracts.

“I did not get any government contracts and my money has not been refunded either. The contract, which I wanted, was for building a government college in Dadri and Sangeet Som had promised that I would get it,” he told the police.

SSP Meerut Rajesh Pandey has ordered investigations into the complaint.

According to reports, Sanjay Pradhan met the SSP on Saturday night and submitted his complaint against the MLA who represents the Sardhana seat in the state Assembly.

The MLA, meanwhile, said that he did not even know Sanjay Pradhan and the allegations were a part of a conspiracy to malign his image.

This is the second time that Sangeet Som has been accused of duping a businessman. In April this year, one Rahul Singh had sent a complaint to UP DGP saying that he had given Rs 53 lakh to the MLA for partnership in a brick kiln

The complainant claimed that he had arranged the money by selling his buffaloes and taking a bank loan by mortgaging his farm land.

Meanwhile, even as the ruling BJP battles corruption charges at various levels, BJP MP from Gonda Brij Bhushan Sharan Singh further queered the pitch by claiming that only Prime Minister Narendra Modi and UP chief minister Yogi Adiyanath were “corruption-free”.