Union Minister Upendra Kushwaha turned down the invite saying that the RJD was trying to create an issue. 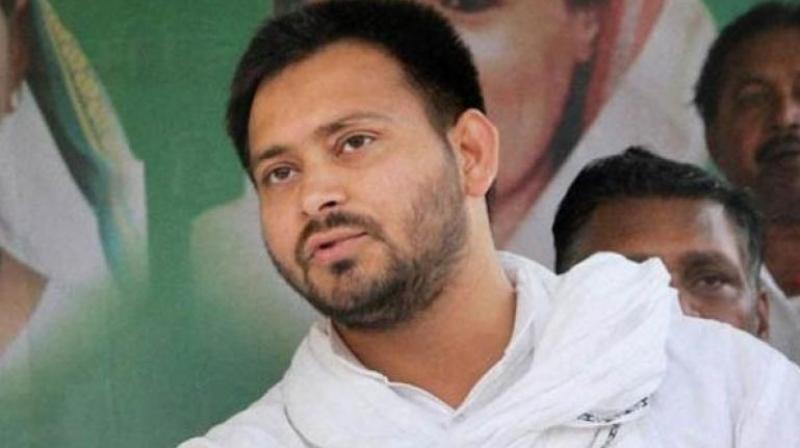 Patna: Amid the reports of discontent within the NDA in Bihar, RJD leader Tejashwi Yadav on Sunday issued an open invitation to Rashtriya Lok Samata Party (RLSP) chief Upendra Kushwaha to switch sides and join the opposition.

"I extend invitation to Union minister Upendra Kushwaha to join the RJD-led alliance. He has been neglected in the NDA for the last four years. The BJP, in collusion with Nitish Kumar's party (JD-U), tried to effect a split in Kushwaha's party," Yadav said at a programme in Patna.

Kushwaha, however, turned down the invite saying that the RJD was trying to create an issue.

“RJD has lost its base. To find a base, they are making such statements but they mean nothing to me. It's necessary for Modi Ji to remain Prime Minister in interest of the nation. He will be the Prime Minister next time too,” Kushwaha said.

Earlier on Sunday, at a party meeting, Yadav said, “Kushwaha, the Union Minister of State for Human Resource Development, represented the Kushwahas/Koeris, but none from the community was made a cabinet minister in the Modi government, while there were about a dozen cabinet ministers from one particular caste.” Yadav said, without elaborating.

The leader added that the BJP never gave due importance to Kushwaha, who belonged to a backward community.

He said Kushwaha would have to make a choice between two philosophies -- one that followed Godse-Golwalkar and the other that followed Gandhi-Ambedkar.

However, talking to reporters at an Iftar party, Kushwaha did not give much credence to Tejashwi's invitation.

"The support base of Tejashwi has slipped and that is why he is making such assertions to regain it. His words have no meaning for me," he said.

Making Modi the prime minister again in 2019 was in the interest of the country, Kushwaha added.

Asked if he would remain in the NDA, the RLSP chief said, "If we have to make Narendra Modi the prime minister, where would we stand?"

Reports of discontentment in the NDA gained momentum after Kushwaha did not attend a get-together of the coalition at Patna on Thursday.

The RLSP had also taken exception to the JD(U) advocating itself as the "elder brother" in the NDA in Bihar -- a hint that it wanted the maximum number of seats in the state among the constituents of the BJP-led coalition in the 2019 Lok Sabha polls. Kushwaha, however, said he could not make it to the NDA get-together due to personal reasons and had informed Sushil Modi about it.