She said the Indian media industry looked upon the digital world not only as a challenge but also as an opportunity. 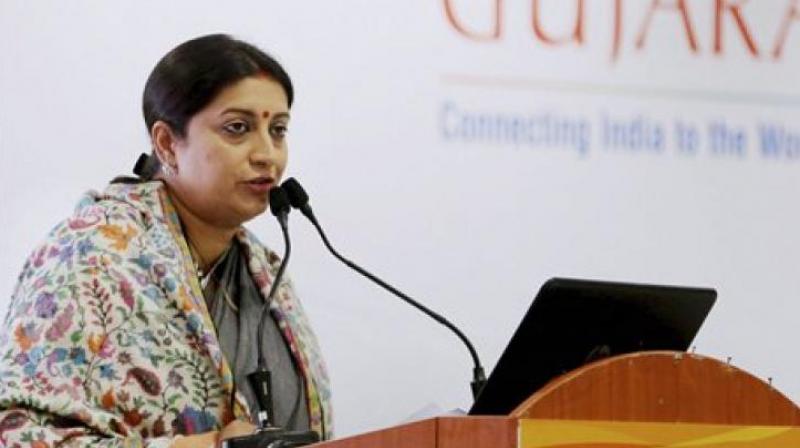 New Delhi: Union I&B minister Smriti Zubin Irani on Thursday stated that India will have around 969 million Internet users by 2021 and pitched for putting in place “laws, ethics and rules” to ensure that no one player dominated the digital media industry.

She said the Indian media industry looked upon the digital world not only as a challenge but also as an opportunity.

“This is the time to put laws, ethics, rules into place which help us balance out the industry so that we don’t have one dominant player who rules the roost,” Ms Irani said.  The three-day media summit is being hosted by the information and broadcasting ministry jointly with the Indian Institute of Mass Communication (IIMC) and public sector firm Broadcast Engineering Consultants India Ltd (BECIL).  The theme of the summit is — Telling Our Stories — Asia and More.

Ms Irani said India is the fastest growing advertising market, which was expected to touch $10.59 billion by the end of 2018, and mobile spend was estimated to grow to $1.55 billion in 2018.

Expressing concern over cybercrime, he stressed the need to fight a war against cybercriminals to keep the media safe and expanding.  Cambodia Information Minister Khieu Kanharith said, “We are trying to improve the state of the press in Cambodia. We seek to maintain strong relationships with the fourth estate.” UNESCO Director (New Delhi)  Shigeru Aoyagi talked about the role of the media in creating peace and partnership on the planet.