A group of cadets had gathered at the polling booth in Digambar Jain Degree College in Baraut ahead of start of voting to welcome electors. 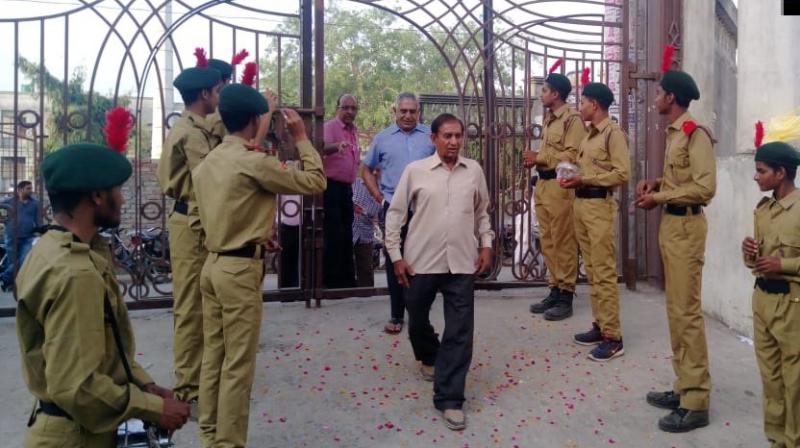 A group of cadets had gathered at the polling booth in Digambar Jain Degree College in Baraut ahead of the start of voting to welcome the electors.

“I felt great after they welcomed me like this,” a voter said after casting his ballot.

Rashtriya Lok Dal (RLD) chief Ajit Singh's son Jayant Chaudhary is contesting from the western UP seat against Union Minister and sitting MP Satyapal Singh of the Bharatiya Janata Party (BJP). Congress has not put up a candidate from the seat.

Satyapal Singh, a former Mumbai Police commissioner, performed a puja at his residence here in the morning before heading to exercise his franchise.

Samajwadi Party (SP), Bahujan Samaj Party (BSP) and RLD are in coalition in Uttar Pradesh for the Lok Sabha elections. According to the seat-sharing formula, RLD is contesting two seats, while SP and BSP are fighting on 37 and 38 seats respectively.

Voting is underway in eight out of the total of 80 Lok Sabha seats in the state in the first phase of the general elections. Counting of votes will take place on May 23.