Ramdev said, 'as for other leaders, their character, leadership and contribution to the nation are for everybody to see.' 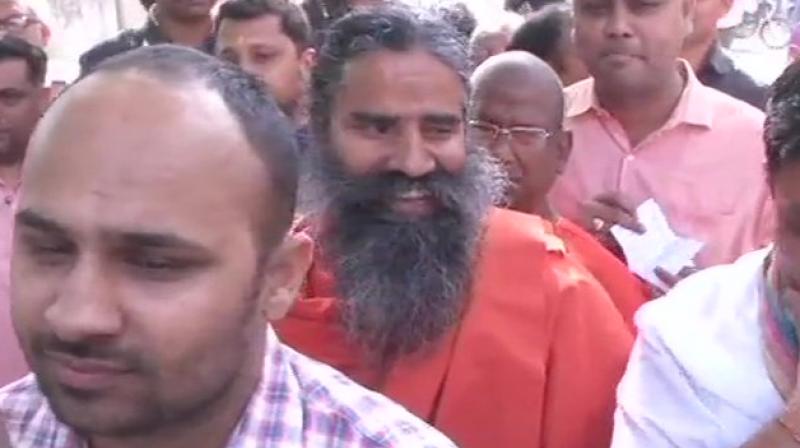 Ramdev was joined by his close associates Acharya Balkrishna and Swami Muktananda Maharaj at the polling booth. (Photo: ANI)

Haridwar: Yoga guru Ramdev cast his vote Thursday at a polling booth in Kankhal here, and praised Prime Minister Narendra Modi, saying his personality was "like the Himalayas".

Ramdev was joined by his close associates Acharya Balkrishna and Swami Muktananda Maharaj at the polling booth.

After exercising his franchise, Ramdev addressed a group of journalists.

"Prime Minister Modi's personality is like the Himalayas. As for other leaders, their character, leadership and contribution to the nation are for everybody to see," he said.

Mahant Hari Giri said saints and seers should come out of their ashrams and create awareness among people to exercise their right to franchise in the general elections, describing it as a national festival.