Mr Chacko said that the names of Congress candidates will be discussed in the Congress’s central election committee (CEC) meeting on Thursday. 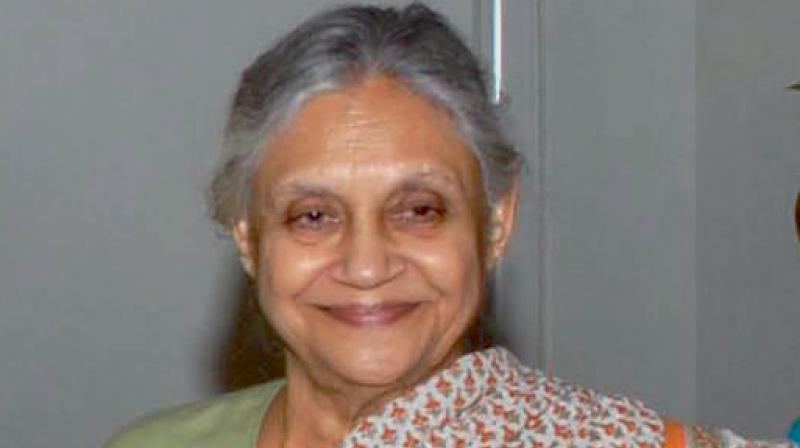 Ms Dikshit refused to comment on the meeting, saying the issue of alliance was dragging for long and it would be good if the prevailing uncertainty is over. “Let us hope so,” she told PTI when asked if the possibility of alliance with the AAP was over.

The All India Congress Committee (AICC) in-charge of Delhi Congress P.C. Chacko, reacting to AAP leader Sanjay Singh’s statement that the talk of alliance with Congress was over, said the BJP cannot be defeated single-handedly in Delhi by it.

“No problem, we welcome his statement,” Mr Chacko told PTI. He said that as incharge of Delhi Congress, he had started talks with the AAP because both sides agreed that the BJP cannot be defeated if the two parties contest separately in the Lok Sabha elections.

Mr Chacko said that the names of Congress candidates will be discussed in the Congress’s central election committee (CEC) meeting on Thursday. “The announcement of candidates is possible after the meeting,” he said.

During Ms Dikshit’s meeting with Mr Patel, which lasted around 40 minutes, the two leaders are believed to have discussed the possibility of a tieup with the AAP and deliberated about probable candidates to be fielded from the national capital, ahead of the CEC meeting.

The meeting also assumed significance as Ms Dikshit has been an open critic of the tieup, while Mr Patel is known to be in favour of an alliance. Mr Patel had earlier held talks with AAP leader Sanjay Singh to discuss the prospects of an alliance between the two parties which could hurt the BJP’s prospects in the Lok Sabha polls.