Smriti would be contesting against the Congress President Rahul Gandhi. 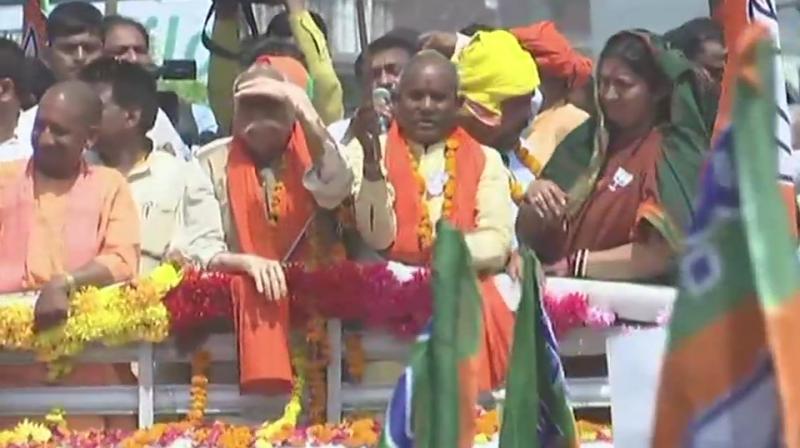 Tweeting about the roadshow Adityanath dubbed the gigantic crowd as the adversaries of the dynastic politics.

Earlier, Smriti performed 'Puja' along with her husband Zubin Irani.

Smriti would be contesting against the Congress President Rahul Gandhi.

Amethi has been the safe turf of Congress since the inception of the constituency.

Rahul Gandhi clutched the seat for the longest period as he has been the Member of Parliament (MP) from Amethi since 2004.

In the 2014 general elections, Smriti Irani gave a decent fight to the Congress President, where the latter defeated the former by a margin of around one lakh votes.

The mammoth 2019 Lok Sabha elections started from Thursday and results would be declared on May 23.