There have been reports of delay in polling at several places due to glitches in electronic voting machines (EVMs). 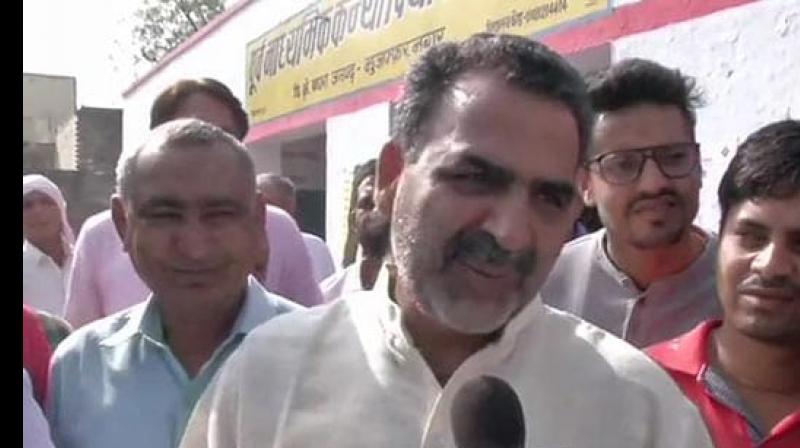 "Faces of women in burqas are not being checked and I allege that fake voting is being done. If not looked into, I will demand a re-poll," after casting vote Balyan told media outside a polling booth.

There have been reports of delay in polling at several places due to glitches in electronic voting machines (EVMs).

BR Tiwari, Addl. Chief Election Officer said, "If a woman is in a veil, there are women officials who verify their identity and only then allow them to vote. No such incident has come to our notice."

The single largest Opposition party, Congress, has not fielded any candidate in Muzaffarnagar for the 2019 general elections; the constituency comes as one of the seven seats that is left for the alliance by the Opposition party flashing a "no entry" sign.

The eight seats of western Uttar Pradesh which goes to polls in the first phase of Lok Sabha elections see the BJP facing a tough contest in all the seats due to the alliance of Samajwadi Party, Bahujan Samaj Party and Rashtriya Lok Dal against it.

The voting for seven phase Lok Sabha polls will culminate on May 19, while the counting will be held on May 23.