The PM addressed two meetings in Gujarat at Junagadh in Saurashtra region and at Songadh in South Gujarat. 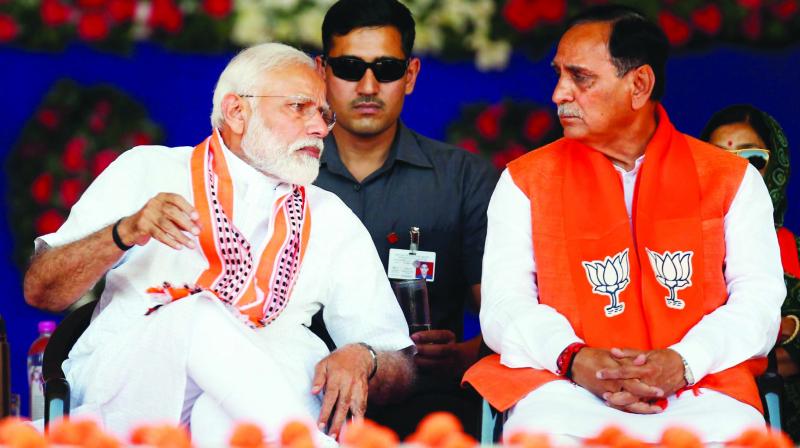 Ahmedabad: “Congress has finished Madhya Pradesh in just six months of rule and it is using the state as an ATM after Karnataka,” charged Prime Minister Narendra Modi at a public meeting in Gujarat on Wednesday.

In his first election rallies in his home state, Mr Modi attacked the Congress and its president Rahul Gandhi, as usual. In a reference to Mr Gandhi’s residence, he said, “The (Congress) party is indulging in a Tughlak Road chunavi ghotala where money is being used for its own leaders, not for the poor of the country.”

He said, “In the last five years I have brought them to the doors of the jail and in the coming five years I will send them inside if you vote for me.”

The PM addressed two meetings in Gujarat at Junagadh in Saurashtra region and at Songadh in South Gujarat.

In Junagadh, he commended Sardar Patel for his great effort in renovating the famous Somnath Temple.