The Hindi heartland states of Uttar Pradesh and Bihar recorded poll percentage of 59.77. 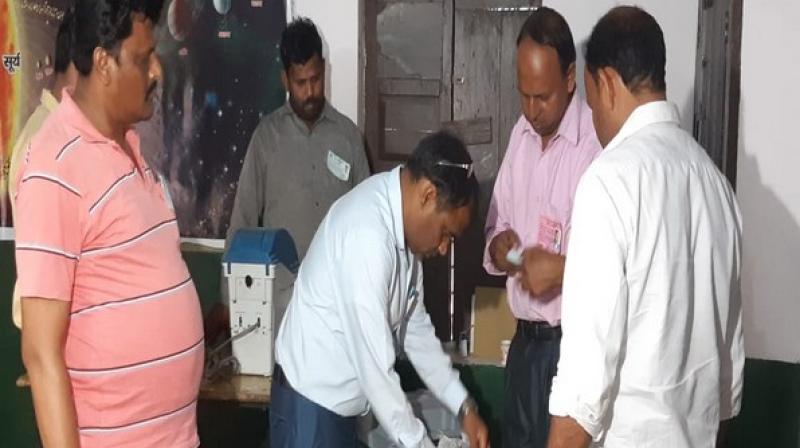 The Hindi heartland states of Uttar Pradesh and Bihar recorded poll percentage of 59.77 and 50.26 per cent respectively. (Photo: ANI)

New Delhi: In the first phase of polling for the Lok Sabha elections Manipur recorded the highest polling percentage at 78.20 per cent (upto 5 pm), followed by Assam at 68 per cent, Lakshadweep at 65.9 per cent, Meghalaya at 62 per cent, Telangana 60.57 per cent followed by others.

The Hindi heartland states of Uttar Pradesh and Bihar recorded poll percentage of 59.77 and 50.26 per cent respectively.

Among the eight Parliamentary constituencies of Uttar Pradesh that went to poll today, the highest poll percentage was of Saharanpur at 63.76 per cent, followed by Muzaffarnagar at 60.80 per cent, Bijnor at 60.60 per cent and then others.

Uttar Pradesh will see polling in all the seven phases of the Lok Sabha elections.
In Bihar, the highest poll percentage was at Jamui (SC) at 53.35 per cent.

Among the constituencies that went for polls in the first phase are - eight in Uttar Pradesh, five in Uttarakhand, four in Bihar, seven in Maharashtra, five in Assam, four in Odisha, two each in Jammu and Kashmir, Arunachal Pradesh, Meghalaya and West Bengal, and one each in Chhattisgarh, Manipur, Mizoram, Nagaland, Tripura, Sikkim, Andaman and Nicobar Islands and Lakshadweep.

The results will be announced on May 23.