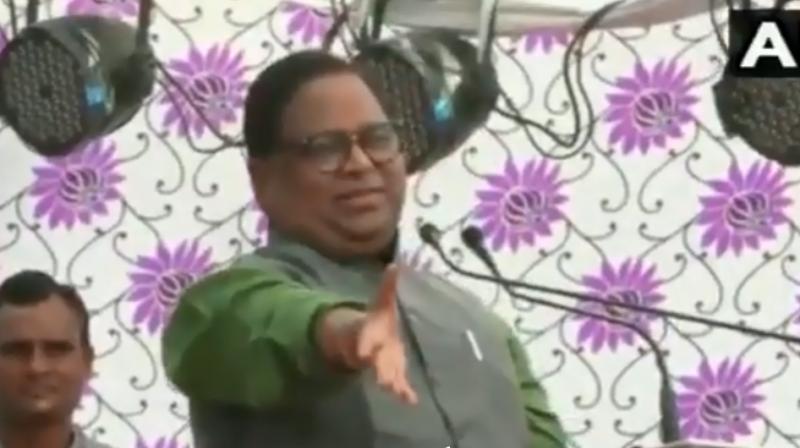 Congress leader Haribhai Rathod has claimed that "not even an ant" was killed in the Indian air strike at Jaish-e-Mohammad (JeM) terror camp in Pakistan's Balakot and made some controversial remarks against Prime Minister Narendra Modi over the issue.

The Congress Member of Legislative Council (MLC) in Maharashtra made the comments while addressing a public meeting on March 10 in Yavatmal, video of which has gone viral.

"They carried out an attack there (in Balakot) and said we have attacked Pakistan and 350 people were killed. (But) not even an ant was killed. Why is he (PM) so non-serious? This is an emotional game. It is aimed at touching the emotions of the people so that they forget all issues and start chanting 'Modi Modi Modi'," Rathod said.

He then spoke some derogatory words against Modi while making objectionable gestures.

On February 26, India carried out air strike at a JeM training camp in Balakot in Pakistan's Khyber Pakhtunkhwa province, eliminating a "large number" of terrorists, according to Foreign Secretary Vijay Gokhale.

The very next day, Pakistani jets violated Indian air space and dropped bombs in Rajouri sector in the state. India said it foiled an attempt by the Pakistan Air Force to carry out strikes in the state by shooting down an F-16 fighter plane.