SP’s dismal performance in the 2017 Assembly elections has challenged Akhilesh’s carefully nurtured image of an enforcer of credibility. 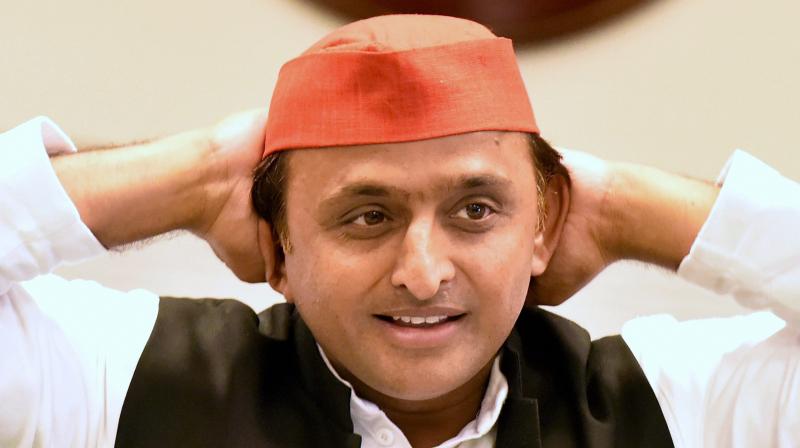 Lucknow: “Our cycle was tubeless. It was impossible to pump air into its wheels,” joked Samajwadi Party’s outgoing chief minister Akhilesh Yadav after his brutal defeat at the hands of the BJP in the 2017 Assembly elections.

That light-hearted retort before the media Saturday evening was a telling comment on how miserably Akhilesh had gone wrong these elections – a process that started with a very public fight with his father and party patriarch Mulayam Singh Yadav, then meandering into a kiss-of-death alliance with the Congress.

To top it, Akhilesh had hinted after the exit polls that he was willing to take the support of arch rival Mayawati to keep the BJP out. A complete reversal of stand!

The party’s dismal performance in the 2017 Assembly elections has challenged Akhilesh’s carefully nurtured image of an enforcer of credibility and a driver of change.

He will now be remembered as the chief minister BJP demolished in its biggest ever win in the country’s most prestigious electoral fight. The BJP and its allies – albeit led by the presently impregnable charisma of Narendra Modi – notched up a 300+ tally in the 403-seat Assembly.

What went wrong for Akhilesh?

Was it the alliance with the Congress?

Akhilesh sent out a few barbs at the BJP at the post-result media meet – “I created world-class expressways, but I guess the people want bullet trains” – but defended his decision to go with the Congress. It was a good thing, he said, that too young leaders went out to the people asking for votes.

But to the voter that sent out one message – Akhilesh tied up with the Congress to consolidate the Muslim vote that accounts for nearly 20 per cent of the population. This consolidated the Hindu mandate.

Akhilesh ended up conceding to the Congress’ demand for 105 seats, a figure that vastly overrated a party that had performed poorly in the state in 2012 and had subsequently shrunk in national politics. The Congress proved a dead weight at the end.

But then Rahul Gandhi is hardly ever blamed for anything by his party and senior leaders have already insulated him from this defeat.

But Akhilesh will feel the heat and so will his goodwill among party delegates who he successfully pulled to his camp during the prolonged and public spat with his dad who was dead opposed to any alliance with any party, let alone the Congress.

Shoving his dad into the sidelines may now look like the 44-year-old was precocious -- too intent to make a mark on his own, too independent to choose his own friends.

Though he still enjoys goodwill among leaders and the people as a clean, young, pro-development leader, Akhilesh will have to put back the training wheels on his cycle and introspect where he went wrong.