The 44-year-old rights activist had contested the Assembly polls from Thoubal Assembly against the three-time Chief Minister. 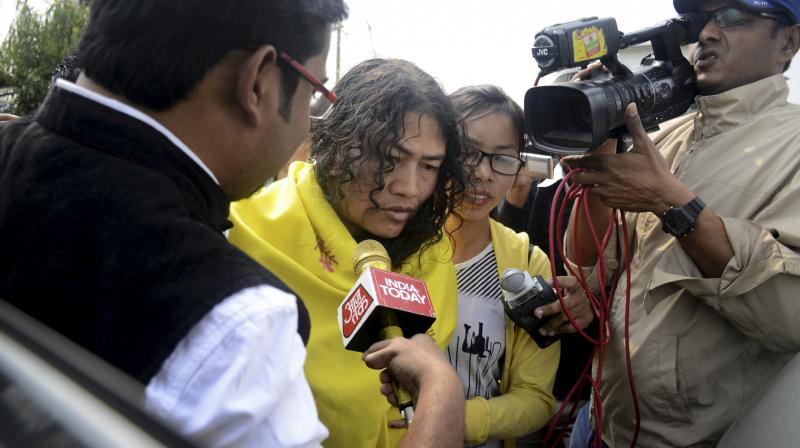 Around 143 people chose NOTA, more than the votes secured by Sharmila.

The 'Iron Lady' had earlier on Saturday said that in case of her defeat she will try again in the 2019 general elections.

PRJA, with whistle as the party symbol, had contested the Manipur Assembly elections from a total of five seats. A former aide of political strategist Prashant Kishor and a Harvard graduate were the core members of her party.

Breaking her fast in August last year, Sharmila had declared that she wants to become the chief minister so that she could press for repeal of the contentious AFSPA.

While launching her party PRJA in October last year, she had said she would contest from two seats – Thoubal and Khurai, which is her home constituency. However, she contested only from Thoubal.