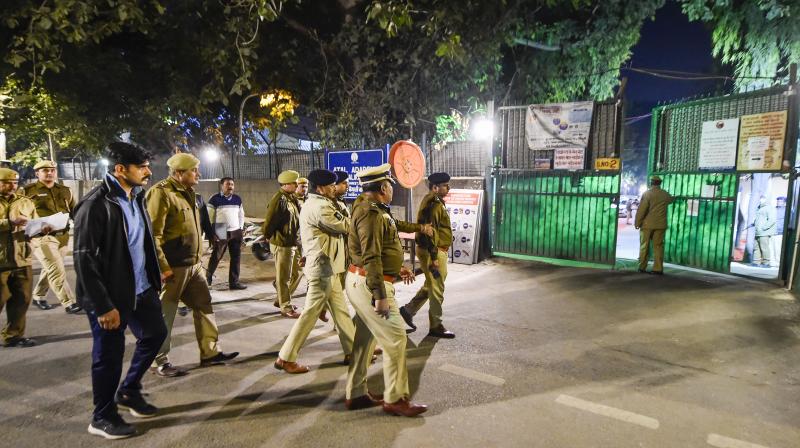 Security personnel at the Atal Adarsh Bengali Girls Senior Secondary School, one of the counting centres for the Delhi Assembly pol. (PTI)ls

New Delhi: Very early trends in the Delhi Asembly election results put the Aam Aadmi Party (AAP) leading in 35 seats, followed by the BJP in 12 and the Congress in none.

Counting of votes in the Delhi Assembly election began Tuesday morning amid tight security at various centres set up to carry out the exercise.

Exit polls have predicted a win for the ruling Aam Aadmi Party, but the BJP leaders maintained that the surveys would fall flat.

Counting began at 8 am and will be held in multiple rounds, chief electoral officer (CEO) Ranbir Singh said.

The counting centres are spread across 21 locations, spanning 70 constituencies. Each centre has several counting halls, equal to the number of constituencies falling in that district.

Each EVM consists of a ballot unit (BU), a controls units (CU) and a voter-verifiable paper audit trail (VVPAT.)

After counting of votes through CUs from every constituency, five VVPATs will be randomly selected and counted.