The party also alleged that the arrest of the two TMC MPs was the repercussion of the party's protest against demonetisation. 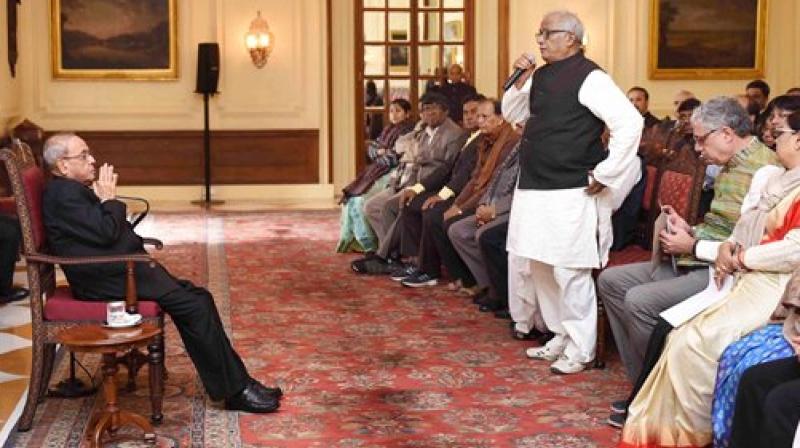 New Delhi: Meeting the President for the third time since demonetisation, TMC MPs accused the Modi government of having imposed a "super emergency" by launching the exercise and engaging in "vendetta politics" by arresting two party lawmakers after it opposed the "draconian" move.

Speaking to reporters after marching from South Avenue to Rashtrapati Bhawan to protest against the note ban, the MPs also held Prime Minister Narendra Modi responsible for the death of 120 people, caused allegedly by the move, and sought President Pranab Mukherjee's intervention as the situation had turned "grim".

"After outlining the grim situation, we first had called this (demonetisation) a financial emergency. Today, we believe, as we share (concern) with the President, this is now a super emergency," TMC's Rajya Sabha member Derek O'Brien said.

"Because you know what is happening...TMC led by Mamata Banerjee has opposed the move and the pain and suffering it causes. Timing of what is happening is political vendetta. This is low life, the kind of political vendetta this country has never seen," he said referring to the arrest of two TMC MPs Sudip Bandyopadhyay and Tapas Pal in the Rose Valley chit fund scam case.

He claimed the micro and small scale industries have reported 35 per cent job losses and listed fishermen, farmers, plantation workers, housewives, students, retailers and traders were among those worst affected.

"(Besides) There have been 120 deaths, we hold the Prime Minister accountable and responsible for it," he said.

Referring to the arrest of Bandyopadhyay and Pal, O'Brien accused the Modi government of "hounding" leaders of the Mamata Banerjee-led party.

O'Brien asserted the TMC was "not scared a bit" by the "dirty tricks" of the BJP and that it will fight it politically.

"This only strengthens our resolve to fight them politically and to bring some respite to the pain which is being caused to millions across this country," he added.

Accusing CBI of arresting Bandyopadhyay as part of a "conspiracy", another party MP, Saugata Roy reiterated Banerjee's allegations against Centre that it has turned the investigative agency into 'Conspiracy Bureau of India'.

"As part of this conspiracy, the members of TMC are being targeted for raising voice against demonetisation, cases are being filed. Bandopadhyay is targeted thus. Our fight will continue. We can't be surpressed," he said.

The TMC memorandum accused the Modi government of engaging in "politics of vendetta" to conceal its own "incompetence and inefficiency" by arresting two of the party MPs.

"The government is blatantly misusing power and using state agencies to stifle opposition and silence critics. This deplorable and vindictive policy dishonours the sacred principles of our Constitutional democracy and is detrimental to national interest," it said.

The delegation also accused the Centre of "deceiving and ambushing" its own citizens since the day the "draconian" exercise was announced.

"New and inconsistent notifications have been issued almost every day. Withdrawal limits and deposit deadlines altered with no prior notice, and financial incentives for digital transactions roll-backed at whim," they said.

The leaders also wondered as to why the restrictions on withdrawal of people's "hard earned" money continue.