Chouhan led his party from the front in the Assembly byelections 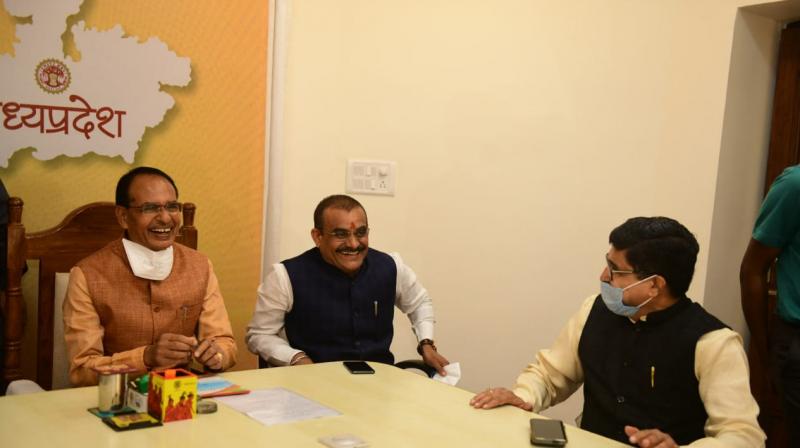 Bhopal: Madhya Pradesh chief minister Shivraj Singh Chouhan has led ruling BJP to landslide victory in the Assembly byelections in Madhya Pradesh, which had been turned into a battle of personal charisma between him and Congress veteran Kamal Nath.

Chouhan led his party from the front in the Assembly byelections by not only containing the rebellion in the party triggered by renomination of 25 former Congress MLAs as BJP candidates but also by successfully countering the Congress narrative terming its former legislators as ‘Gaddars’ (betrayers).

“The byelections turned out to be the most challenging elections faced by us in Madhya Pradesh so far since the core BJP cadres and local leaders were up in arms against the 25 BJP candidates who have joined our party from Congress barely 8 months ago. It was an emotional, social and political issue with the core cadre and leaders of the party apprehensive of being politically eclipsed due to the party’s decision to give ticket to the newly inducted party men in the byelections,” BJP spokesman here Rajneesh Agrawal told this newspaper.

“We won half the battle when the party leadership nipped in bud a brewing rebellion in the party by pacifying the aggrieved party cadres and synchronising them with the new entrants in the party at the booth level,” he added.

Chouhan took charge of the affairs when the ‘Gaddar’ narrative by Congress had appeared to be catching the imagination of the people. BJP in turn aggressively projected the failure of former chief minister Kamal Nath to fulfill promise to waive farmers' crop loans.

Chouhan also succeeded in generating sympathy for him among the electorates by playing the victim card, when Congress leaders, including Nath, launched personal attack on him by calling him names such as ‘nayalayak’ (good for nothing), ‘kameena’ (mean) and ‘bhookha-nanga’ (means extremely poor).

Even Rajya Sabha MP Jyotiraditya Scindia who had joined the BJP from Congress in March this year chose to play second fiddle to Chouhan in the by-elections.

“BJP is fighting byelections under Chouhan’s leadership,” was his constant refrain during campaigning.

Nath too chose to fight the byelections on his personal charisma, making his vision for MP the focus of the Congress campaign the poll focus. He also tried to evoke sympathy among the voters by narrating how his democratically elected government was pulled down by the former rebel Congress leaders.

“However, the 74-year-old Nath had failed to take the senior leaders of his party along with him in the by-elections,” a senior Congress leader said unwilling to be quoted.

“We were visible on social media, but not on the ground. That has caused the party's debacle in the by-polls,” the Congress leader said.