Meanwhile, senior Sena leaders visited the resort in madh where party MLAs have been staying, and held discussions, said sources. 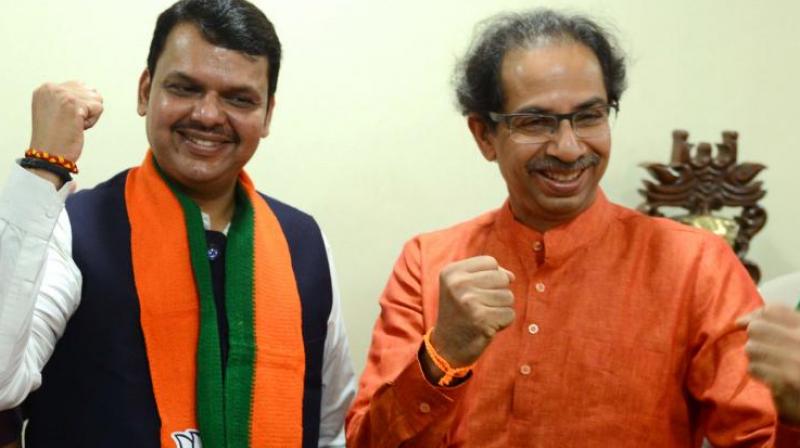 After the Maharashtra Governor Bhagat Singh Koshyari on Saturday asked BJP to indicate its willingness to form government in the state, the ruling party on Sunday would meet today to discuss the Governor's invite after it failed to come to an understanding with its ally party Shiv Sena. (Photo: File)

Mumbai: The Bharatiya Janata Party (BJP) which met on Sunday noon has not finalised its decision after the Maharashtra Governor Bhagat Singh Koshyari on Saturday asked BJP to indicate its willingness to form government in the state, as it failed to come to an understanding with its ally party Shiv Sena.

After the BJP Core Committee meeting at the residence of Devendra Fadnavis, Sudhir Mungantiwar said, "Governor has invited BJP to form the government because we are the single largest party. We'll meet at 4 pm again today and take the decision on Governor's invitation."

"At least the governor has begun the process of exploring for government formation. The BJP is the single largest party and the rightful claimant to form government first," Raut said.

Day after Devendra Fadnavis resigned, Governor Koshyari on Saturday evening wrote a letter to the acting Chief Minister to "indicate willingness and ability" to form government.

Fadnavis met with Governor Bhagat Singh Koshyari to hand in his resignation on Friday afternoon hours before the midnight deadline for government formation.

The Sena, its ally, won 56 seats, but the two parties are bickering over the chief minister's post.