According to reports, the actress has said that she is disilluisoned with the way the Congress has performed. 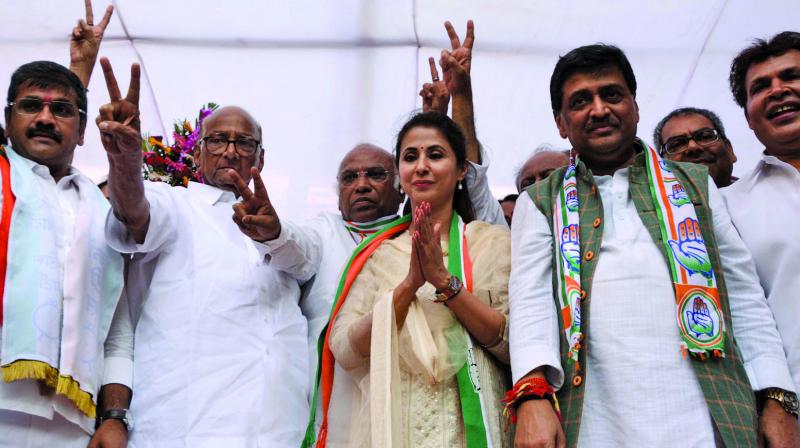 Mumbai: After six months of joining the Indian National Congress, Urmila Matondkar has called it quits from the party on Tuesday citing in-house politics within its Mumbai unit.

The party which has seen many leaders deserting it and shifting sides in Maharashtra have got another jolt.

The 44-year-old actress, who had made her electoral debut from the North Mumbai constituency on a Congress ticket, had contested against BJP veteran Gopal Shetty.

According to reports, the actress has said that she is disillusioned with the way the Congress has performed.

She expressed concern over "an act of blatant betrayal" in connection with a letter sent to former Mumbai Congress President Milind Deora, NDTV reported.

Referring to the letter, Matondkar said in press note it contained "privileged and confidential communication was conveniently leaked  to the media which according to me was an act of blatant betrayal."

The actress had joined the party in March this year and was immediately declared as the party's candidate from North Mumbai.