No deal with NSO, Pegasus: Ministry of Defence

Defence ministry said in Parliament it had not done any transaction 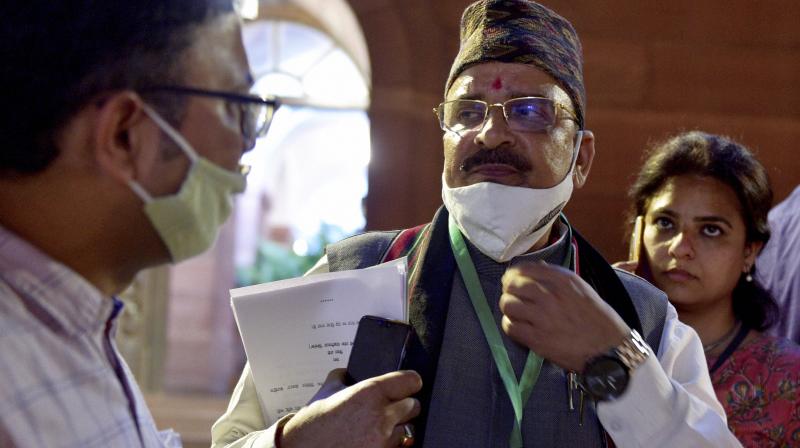 New Delhi: Amid the huge controversy over the misuse of the Pegasus spyware, the defence ministry informed Parliament on Monday that it did not have any transaction or dealings with Israel’s NSO Group.

Technologies,” minister of state for defence Ajay Bhatt said in a written reply in the Rajya Sabha. He was replying to a question by CPI(M) MP V. Sivadasan, who had sought to know whether the government had carried out any transaction with NSO Group Technologies.

Israeli surveillance software company NSO Group Technologies is at the centre of a global controversy over the misuse of its Pegasus spyware to hack the mobile phones of journalists, human rights activists and senior politicians.

The defence ministry said that in 2020-21, the defence services spent Rs 53,118 crores on foreign procurement.

The controversy over snooping erupted after a consortium of 17 global media outlets revealed that the military-grade malware from the NSO Group was being used to spy on politicians, journalists, human rights activists and many others.

It was alleged that in India over 300 mobile phone numbers, including those of serving ministers, Opposition leaders and journalists, were on the Pegasus target list.

NSO has always claimed it sells its spy software only to governments. The Opposition parties have been disrupting business in both the Houses of Parliament ever since the Monsoon Session began as they have been protesting over the allegations of snooping by the government.

Earlier last month, IT and communications minister Ashwini Vaishnaw had dismissed reports on the use of the Pegasus software to snoop on Indians, saying that the allegations levelled just ahead of the Monsoon Session of Parliament were aimed at maligning Indian democracy.