On Friday, after a meeting at Sonia Gandhi’s home, Mukul Wasnik has emerged as the frontrunner for the post. 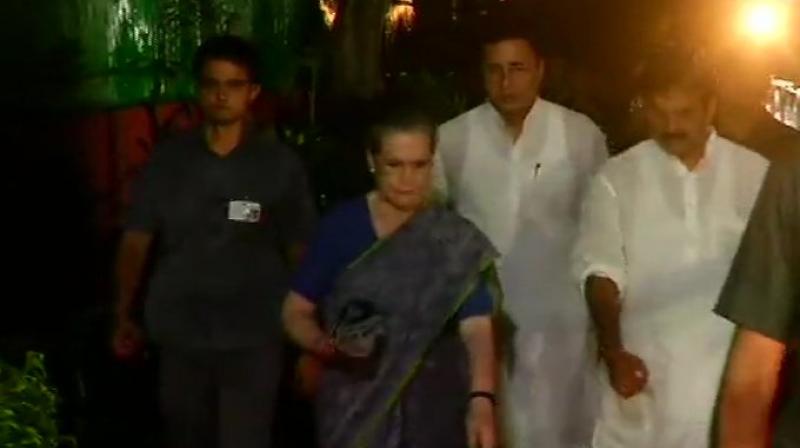 Rahul Gandhi has expressed that he would like to see a broad consultation involving state leader and the Congress Legislature Party. (Photo: File)

New Delhi: Senior Congress leaders met at party headquarters on Saturday evening in New Delhi to contemplate on the party's choice for the next president.

Eariler on Saturday, Congress leaders Sonia Gandhi and Rahul Gandhi on Saturday opted out of consultations with state leaders to choose the party’s next president.

The Congress Working Committee - party’s top decision making body, had decided in the morning to form five groups to consult with state leaders of zones in the country.

But shortly after the CWC meeting began, Sonia Gandhi and Rahul Gandhi left Congress headquarters and said that they won’t be part of the consultation process.

“Consultation (to decide next party chief) is going on and naturally me and Rahul ji cannot be a part of it,” Sonia Gandhi said.

Earlier on Saturday, at the CWC meet, Rahul Gandhi again rejected request to review his decision to step down as Congress president.

It is expected that an interim party president may be appointed in the meeting after consultation if the members fail to come to a consensus on one name.

It is also being said that a group of leaders may be authorised by the CWC to decide the new party president after consulting workers, after which a second CWC meeting will be called to approve the name.

On Friday, after a meeting at Sonia Gandhi’s home, former Union minister Mukul Wasnik emerged as the frontrunner for the post. Top leaders including A K Antony, Ahmed Patel and K C Venugopal were part of the meeting.

Prominent leaders of the party, who are also the members of the CWC, including Sonia Gandhi, Dr Manmohan Singh, Rahul Gandhi and Priyanka Gandhi Vadra will be present in the meeting.

Many names are doing rounds for the post of Congress president, but no consensus has been achieved. A few leaders like Shashi Tharoor have suggested that an interim president be appointed at the earliest.

According to an NDTV report, Rahul Gandhi has said he would like to see a broad consultation involving state leader and the Congress Legislature Party.

The extent of Congress’s mess was seen when the party fumbled through its objections to the Centre’s move to scrap the Article 370 which gave special status to Jammu and Kashmir.

During the debate, leaders like Ghulam Nabi Azad and Kapil Sibal tore into the government's decisions in Parliament; while outside, Jyotiraditya Scindia, Milind Deora, Jaiveer Shergill, Karan Singh and Janardhan Dwivedi came out in its support.

The delay in selecting Rahul Gandhi’s successor has also impacted the party’s preparations for the assembly elections in Maharashtra, Haryana and Jharkhand due in October this year.

In May, Rahul Gandhi resigned from the post of party president, owning responsibility for the party’s loss in the 2019 Lok Sabha election.