When the House met again, the protests continued, forcing Ms Mahajan to adjourn it again till 2 pm. 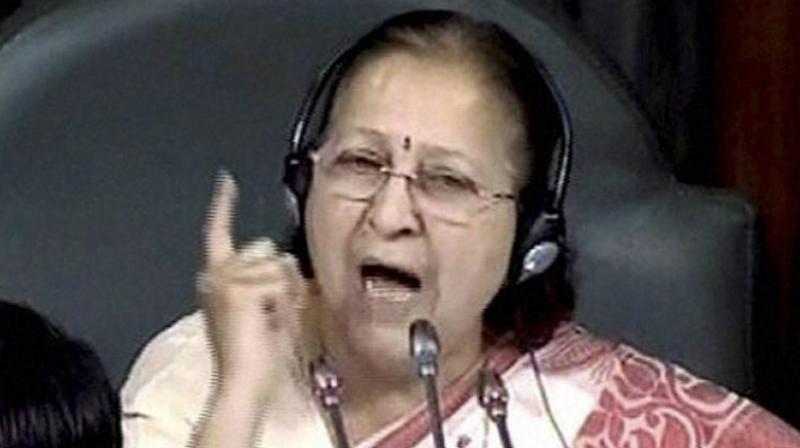 New Delhi: Lok Sabha proceedings were on Thursday adjourned briefly thrice following protests by Congress MPs who were demanding a probe by Joint Parliamentary Committee (JPC) into the Rafale fighter aircraft deal, and also by Telangana Rashtra Samithi (TRS) members, who were seeking allocation of defence land in the state for certain projects, similar to that given in neighbouring Andhra Pradesh.

The first adjournment was during the Question Hour, when TRS members walked into the Well, shouting slogans. Amid the din, Speaker Sumitra Mahajan adjourned the House for five minutes.

After the House resumed, TRS members had gone back to their seats.

Congress members created uproarious scenes in the Lok Sabha demanding a probe into the Rafale fighter aircraft deal by a JPC, forcing an adjournment of the proceedings.

The Congress members raised the issue as soon as the Zero Hour began with Mr Kharge seeking the Speaker’s permission to speak on the alleged scam.

As Speaker Sumitra Mahajan continued with the listed business, the Opposition party members stormed into the Well of the House carrying placards and raising slogans.

They were heard demanding a JPC probe into the deal and a reply from Prime Minister Narendra Modi.

As they continued their vociferous protests, the Speaker adjourned the House first for 20 minutes till 1 pm.

When the House met again, the protests continued, forcing Ms Mahajan to adjourn it again till 2 pm.

A verbal duel broke out between Mr Goyal and Mr Kharge, with the former challenging the Congress leader to contest an election against him from Mumbai.