There were reports that BJP provoked Congress-JD(S) MLAs to resign from coalition government and has been in touch with rebel legislators. 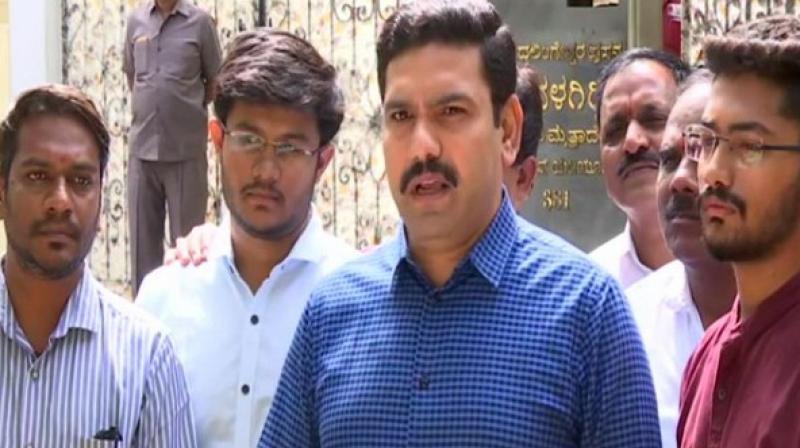 The Congress party has been constantly accusing the BJP of conspiring to topple the Congress-JD(S) coalition government in Karnataka. (Photo: ANI)

The BJP, which failed to form government in Karnataka 13-months ago after falling short of a majority, has been constantly denying any role in the ongoing political turmoil plaguing the state.

"DK Shivakumar went to Mumbai today. BJP can't tolerate any allegation on its party leaders. He is simply making allegations. We don't have any information about BJP leaders in Mumbai hotel," Vijayendra told media persons.

There were reports that BJP had provoked Congress-JD(S) MLAs to resign from the coalition government and has been in touch with the rebel legislators.

The Congress party has been constantly accusing the BJP of conspiring to topple the Congress-JD(S) coalition government in Karnataka.

Defence Minister Rajnath Singh, in his reply in Parliament, asserted that his party is committed to parliamentary democracy and has no relation with the developments in Karnataka.

The Congress-JD(S) coalition is making all efforts to protect its government which seems to have fallen short of a majority.

The rebel MLAs, who flew to Mumbai, had checked into Sofitel hotel on Saturday and later moved to the Renaissance Hotel in the city on Monday.

The 13-month old Congress-JD(S) government slumped into crisis following the resignation of 11 MLAs from the membership of the state Assembly last week.