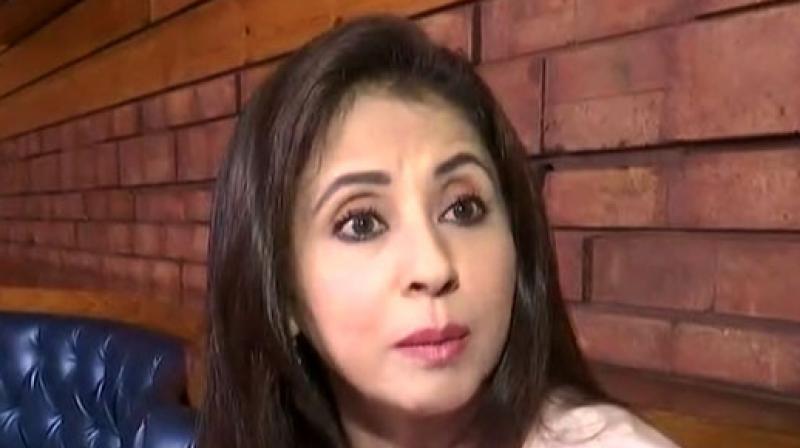 A letter written by Urmila to then Mumbai Congress chief Milind Deora on May 16, mentioning discrepancies at local level in the party, went viral earlier this week. (Photo: File)

Mumbai: Actor-turned-politician Urmila Matondkar said it is "extremely unfortunate" that a "confidential letter" by her to Congress leader Milind Deora has been made public.

A letter written by Urmila to then Mumbai Congress chief Milind Deora on May 16, mentioning discrepancies at local level in the party, went viral earlier this week.

Talking about the same, Urmila said in a statement, "At the outset, it's extremely unfortunate that a confidential letter containing privileged communication should be made public. There are issues to be sorted in every party. I've joined Congress with no personal interest/agenda except to serve my country."

"I have addressed the letter at the behest of the Mumbai President with sole intention to bring about betterment in the party. It is extremely significant to note and I wish to highlight that that this letter was written way before the election results or even the exit polls. Showing only my integrity, sincerity and commitment to party interest," she added.

In the nine-page letter that is now viral, Urmila had said, "Key functionaries, such as Bhushan Patil failed to hold meetings between key functionaries of the party at the block level and ward level which resulted in complete failure of communication."

"As a result, there was a total lack of confidence and energy in the party workers which resulted in low participation at their level. Kondwilkar and Patil showed total lack of political maturity and disciplined by repeatedly creating controversies and animosity amongst the party workers," Matondkar claimed, while saying that she fought the elections with sincerity and integrity in her constituency.

Concluding her letter, the Congress leader proposed and suggested, "A strong disciplinary action be taken against Sandesh Kondwilkar and Bhushan Patil forthwith and changes are made at the organisational level with immediate effect to ensure a better and brighter future for the organisation."

The Shiv Sena-BJP alliance had trounced the Congress in Mumbai, bagging all the six seats.