Ayodhya land dispute case to be heard by SC on Thursday

The matter will be heard by a three-member bench headed by Chief Justice Ranjan Gogoi. 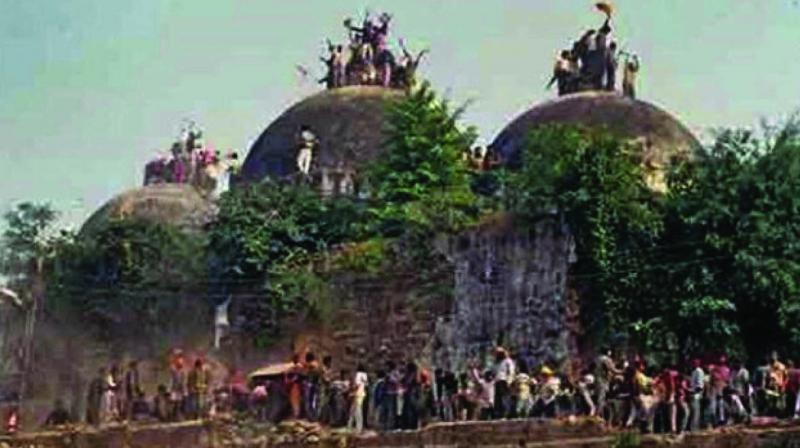 The court had expressed the view that the proceedings must be conducted with "utmost confidentiality" to ensure its success. (Photo: File)

The matter will be heard by a bench headed by Chief Justice Ranjan Gogoi.

An application for early hearing was filed by one of the original plaintiffs -- Gopal Singh Visharad, yesterday, saying no progress has been made in the mediation ordered by the apex court to settle the issue.

The bench, while agreeing to look into the matter, had asked the plaintiff to file the necessary application to this effect.

The court had on March 8 constituted a three-member committee, chaired by former Supreme court judge Fakkir Mohamed Ibrahim Kalifulla, for exploring possibilities of an amicable settlement to the land dispute.

The court had expressed the view that the proceedings must be conducted with "utmost confidentiality" to ensure its success.

On May 10, the court had given time till August 15 to mediation panel to find an amicable solution to the dispute.