Rohatgi, who appeared on behalf of the MLAs, contended before SC that Speaker was ‘deliberately delaying’ acceptance of resignations. 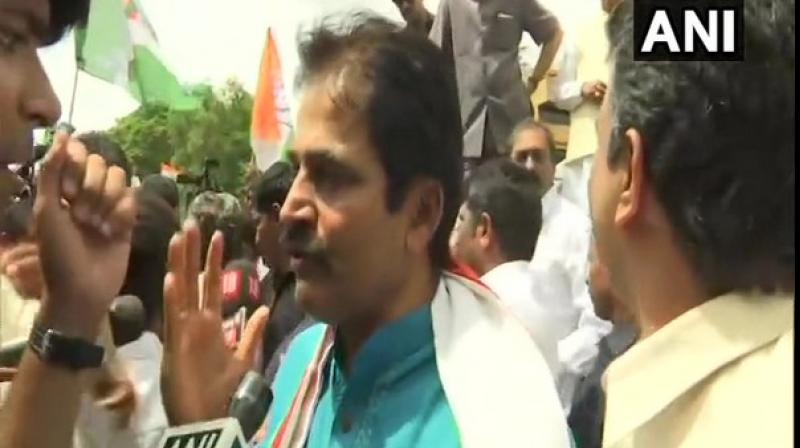 New Delhi: The Congress will put up its case before the Supreme Court on Wednesday when it is likely to take up a petition by rebel Karnataka MLAs seeking a direction tot eh Assembly Speaker for accepting their resignations.

The rebel legislators had moved the top court earlier today seeking a direction to Assembly Speaker K R Ramesh Kumar to accept their resignation and not to proceed with the applications for their disqualification from the House.

The plea was mentioned before a three-judge bench headed by Chief Justice Rajan Gogoi by former attorney general Mukul Rohatgi who appeared on behalf of the MLAs.

The apex court is likely to hear the matter tomorrow.

Rohatgi contended before the court that the Speaker was "deliberately delaying" the acceptance of the resignation of the MLAs.

The petition accused the Speaker of abandoning his constitutional duty.

The 13-month-old Congress-JDS government had slumped into crisis following the resignation of MLAs from the membership of the state Assembly on Saturday.